Forests are critical for promoting pollination in agriculture and biodiversity,says FAO report

Forests and trees are critical for promoting pollination by bees, butterflies and other animals, and there is an urgent need to stop their habitat degradation and safeguard biodiversity, according to a new report from the Food and Agriculture Organization of the United Nations.

The report jointly produced by FAO and Bioversity International, is designed to raise awareness about critical role and the benefits of forest-dependent pollinators and is targeted at forest managers, landscape planners and land use decision makers.

“Forests are home to wild bees, bats, butterflies and other pollinators and they are vital for safeguarding ecosystems, for biodiversity and for crop production, thus also for food security,” said Tiina Vahanen, chief of FAO’s forestry policy and resources division.

“A decline in pollinators is likely to impact forests regeneration by reducing the genetic diversity of forest trees and their resilience and adaptive potential.”

Many pollinators depend heavily on forests for nesting and forage. But the report noted that deforestation or landscape fragmentation together with climate change have impacted on their role and that has had a cascading effect on the sustainability of ecosystems, food security and livelihoods

An estimated 88 percent of wild flowering plants are animal-pollinated globally, and more than 70 percent of global food crops benefit from animal pollination, the report noted.

When pollen is carried from one plant to another by bees and other insects, they not only enable the production of fruits, nuts and seeds, but promote greater variety and better quality, thereby contributing to nutrition and food security.

“Selective logging, thinning, and prescribed burning, done in a way that increases the heterogeneity of tree communities is likely to benefit pollinators and other forest biodiversity,” said Bertrand.

“We have to ensure the continued availability of pollinators and thereby increase the resilience and productivity of forestry and agriculture.”

The FAO report featured over 35 case studies including one that revealed a strong positive link between bee diversity and forest cover in Brazil’s coffee sector, while another in Costa Rica showed some bee species were only found in forested habitats.

Although it has been reported that urbanization has led to declines in pollinators, urban habitats are also known to harbour a high diversity of pollinators, at times at even higher diversities than elsewhere. Urban forest management can play an important role in sustaining pollinator communities in peri-urban environments – synergistically with other benefits of urban forestry

The report said heterogeneity and connectivity of habitats were vital for promoting pollinator diversity and abundance and called for more efforts to draw on indigenous and local knowledge, and to involve land custodians and stakeholders for pollinators-friendly management. 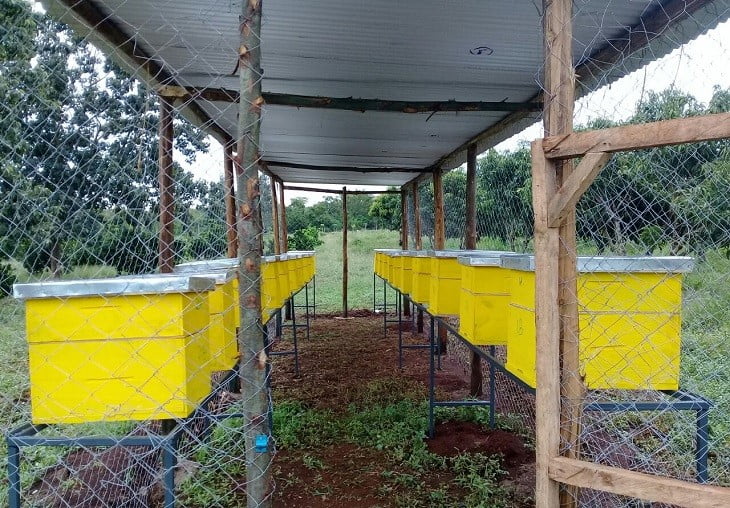 Reversing soil degradation is vital if we want to feed a growing global population, protect