Speaking to the media, speakers accused the Alliance for a Green Revolution in Africa (AGRA) saying it has pushed a development model that reinforces dependency on foreign inputs, such as expensive fertilizer, undermining the resilience of African food systems.

“We are calling upon all the funders to please stop funding AGRA. Redirect your funding towards systems that enable people to have their dignity, for all creation to have an equal chance to live, where there are no chemicals in our water, in our ground, and in our food,” said Gabriel Manyangadze, Climate Justice Coordinator at SAFCEI.

The African food producer networks and their allies demand a decisive shift away from imported fossil-fuel-based fertilizers and chemicals, and towards self-sufficient, ecological farming that revitalizes soil and protects ecosystems.

These calls take place just before AGRA’s annual forum, from September 5-9, where corporate executives, governments and donors will gather in Kigali, Rwanda under the theme “Bold Action for Resilient Food Systems” The united alliance representing the network of food producers and faith leaders in Africa opined that the ‘bold action’ they want is for AGRA’s donors “to stop funding an initiative that has failed to improve productivity, incomes, and food security”

AGRA’s donors include the Gates Foundation, the Rockefeller Foundation, USAID, governments of the United Kingdom, and Germany among others. Last year, over 200 organizations signed a letter from the Alliance for Food Sovereignty in Africa (AFSA) urging the donors to withdraw.

The Alliance for Food Sovereignty in Africa is a civil society movement, bringing together farmers, pastoralists, fishers, Indigenous people, faith groups, women’s movements, youth and consumer associations in a united voice for food sovereignty. It operates in 50 African countries, representing about 200 million people. AFSA claims that a recent donor-commissioned evaluation confirmed that AGRA has failed to increase farmers’ yields, incomes and food security saying studies show that since AGRA’s founding, food insecurity has increased by 31 per cent in the countries where AGRA operates.

“AGRA has failed to achieve maize yields in over half of the countries studied. Of all these countries, only farmers in Burkina Faso have experienced an increase in net maize sales. In addition, crop diversity has declined, and heavy agrochemical use has degraded soils. Nutritious, climate-resilient indigenous crops such as millet and sorghum have significantly fallen in production. The very few AGRA can prove to have benefitted were wealthy, large-scale male farmers, not small-scale farmers or women. AGRA’s Green Revolution model is even less viable today, with fertilizer prices at double or triple their levels than two years ago. This shift has only enriched agrochemical multinationals with record profits while hunger in Africa has surged to alarming levels. The past Green Revolutions in India, Mexico and the Philippines have created similar problems: erasure of local food systems, high dependency on costly inputs, the resulting farmer suicides, and destruction of local ecologies,” opines AFSA.

It adds that it is shocking that a number of international donors continue to prioritize corporate profits over people, leaving the necessary transition to sustainable agroecological practices underfunded. Ignoring the opposition of millions of African farmers and the evidence that exists of sustainable ways to increase yields and improve livelihoods.

“Given this background, it is shocking that a number of international donors continue to prioritize corporate proﬁts over people, leaving the necessary transition to sustainable agroecological practices underfunded. Ignoring the opposition of millions of African farmers and the evidence that exists of sustainable ways to increase yields and improve livelihoods. The African Development Bank is using the food price crisis to expand the use of industrial inputs to the benefit of agrochemical and agribusiness firms,” said Anuradha Mittal, the Executive Director of the Oakland Institute.

AFSA has a network of 15 farmer-managed centres across Africa producing bio-fertilizers and bio-pesticides using low-cost, locally-available materials to counter the large increase in fertiliser prices. It adds that ample evidence and case studies on agroecology have led to widespread calls by farmers, civil society and U.N. agencies to transition towards these more sustainable systems models and practices which demonstrably improve soil fertility, increase productivity with lower costs and higher incomes for farmers, while building climate resiliency.

“We have the expertise. The best people to solve problems in Africa are people from the continent itself. We need Afrocentric solutions. Our big question as African people is why should our problems be solved by entities outside the continent?” said Leonida Odongo, the co-founder of Haki Nawiri Afrika

Sell your food exorbitantly to our neighbours – Maghufuli tells Tanzanians 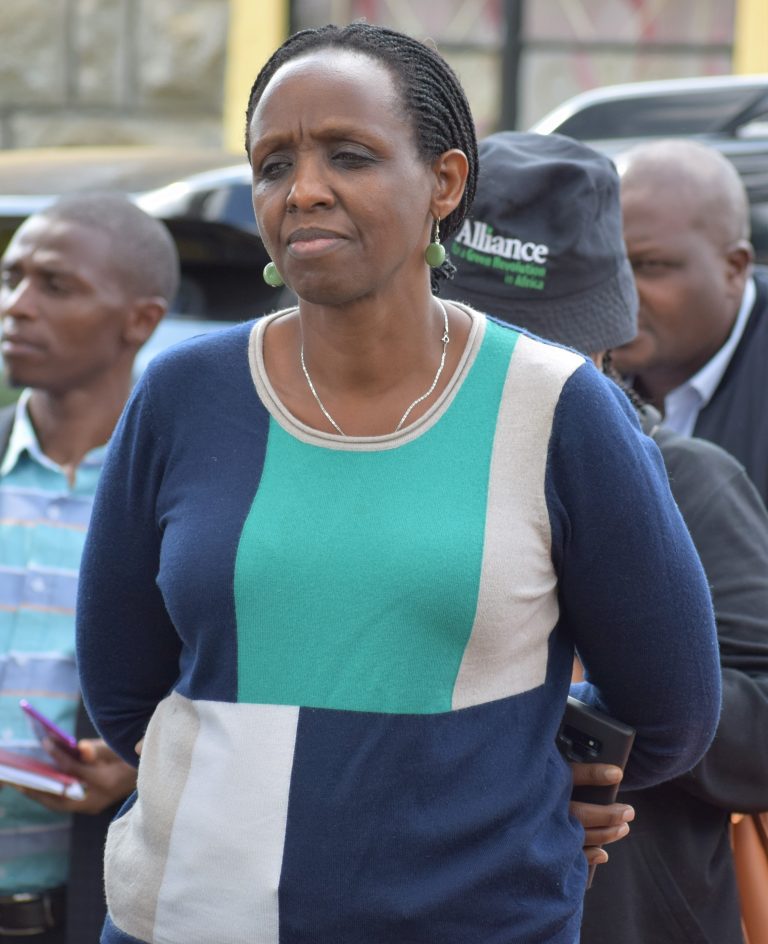