Coordinated efforts needed to combat aflatoxin in the region

Food safety is the foundation to both food and nutrition security.To meet our food and nutrition needs, we must not only have enough food, but it must be safe and free from contaminants that might affect our health. Issues of food safety have arisen in the news recently in East Africa due to the ban on maize imports from Tanzania and Uganda by the Kenyan Government, due to reportedly high aflatoxin levels [above 100 parts per billion (ppb)], well over the allowable limit of 10 ppb in Kenya. This decision followed surveillance by the Agriculture and Food Authority of Kenya on the safety of food imports.

The ban has since been lifted with strict conditions to the exporters including that they must have certificates of conformity showing that the maize meets the required safety standard. This has highlighted the need for concerted and coordination of efforts at the regional level to control aflatoxins to ensure food security for all.

Implications of the ban

The loss of trade opportunities for both Uganda and Tanzania, two major maize producers in the region, will result in reduced revenue and means of livelihood for millions of smallholder farmers in both countries, 80% of whom who are the bulk producers of maize. Tanzania and Uganda historically account for 80% of maize imports into maize-deficit Kenya and have benefited from this ready market.

Like Kenya, Tanzania is a large maize-consuming country. On an average, each person in Tanzania consumes about 405 g of maize per day compared to 400 in Kenya and 69 in Uganda. Therefore, if maize is highly contaminated, the likelihood of health impacts in Tanzania are also high.

What is aflatoxin and why is it deadly?

Aflatoxin is a poison produced predominantly by the fungus Aspergillus flavus in several staples, including maize. The word aflatoxin comes from afla (contracted from the term Aspergillus flavus) and toxin (poison). Aflatoxin is invisible to the naked eye, colorless, odorless, and tasteless; this means it is hard to detect even at high levels, which can be lethal. It can only be definitively detected through testing in the laboratory or in the field using portable devices and accompanying reagents, kits, and other materials.

The aflatoxin-producing fungus dwells in the soil. Therefore, aflatoxin contamination starts in the field (pre-harvest) after aflatoxin-producers infect crops and may increase during storage if grains were not properly dried before storage. Depending on the type of food, aflatoxin tolerance levels range from 0.1 to 15 ppb in the European Union and a maximum of 20 ppb for most foods and animal feeds in the USA. The East African Community (EAC) has set 10 ppb as the maximum regulatory level for maize in the member states.

Once aflatoxin contaminates grains, it cannot be eliminated or reduced. However, good postharvest and storage conditions can prevent it from increasing. Thus, it is important to prevent contamination in the field and combine this with good practices during harvest, handling, drying, and storage, to avoid aflatoxin buildup and keep the grain safe.

The all-natural, safe, easy-to-use, and environmentally friendly product, known as Aflasafe, consistently reduces aflatoxin contamination by more than 80% in maize and groundnuts. It uses native non-toxin producing (atoxigenic) strains of Aspergillus flavus to naturally out-compete their aflatoxin-producing cousins. The product is broadcast in the field 2 to 3 weeks before crop flowering and it prevents contamination before, during, and after harvest. Country-specific products are developed with locally sourced atoxigenic strains.

In Tanzania, Aflasafe TZ01 has been fully registered by the relevant regulatory bodies and is being manufactured and marketed by A to Z Textiles Mills Limited in Arusha. Therefore, maize farmers in Tanzania have access to Aflasafe TZ01 to protect their crops right from the field through storage.

In Uganda, local strains for making a Ugandan version of Aflasafe have been identified. Also, the strains of the Aflasafe product registered in Kenya are endemic to Uganda and Burundi and can be tested in Uganda. The next steps in Uganda are to validate the Uganda specific Aflasafe product and the regional Aflasafe KE01 product in farmers’ fields to generate sufficient data for registration and to identify a private-sector player to manufacture and get the product into the hands of maize and groundnut farmers. IITA has partnered with the National Agriculture Research Organization (NARO) with funding from aBi Development Ltd to finalize the development, testing, and registration of Aflasafe for Uganda and subsequently transfer the technology to a suitable private sector entity.

What else needs to be done?

At the country level, there is an urgent need to scale up the use of Aflasafe in Tanzania, where the product is registered. This is being done by creating awareness about aflatoxin contamination, the health effects associated with contamination, and how to minimize contamination using an integrated approach centered on the use of Aflasafe. In Uganda, there is a need to support and speed up the next necessary steps in testing and registering the products. This includes support to conduct field trials in aflatoxin hotspots to validate the products’ effectiveness under farmer field conditions.

A significant challenge to scaling any aflatoxin control technology is that aflatoxin cannot be seen or smelled, does not reduce yield, and markets typically do not discriminate against it. There is low awareness of the problem, the technology, and its benefits. Therefore, there is a need for creating awareness among high levels of policy- and decision-makers and the private sector for institutionalization and increased investments in development, deployment, and scaling out of the technology. Also there is the need to implement mechanisms for smallholder farmers to adopt the new aflatoxin control technology, and ensure that farmers adopting technologies and producing aflatoxin-compliant crops receive incentives.

Policy engagement is also needed on the option of introducing targeted subsidies to offset the cost of Aflasafe and associated labor costs for applications. Strengthening engagement with the private sector and local producers to build consensus on control measures, which include good agricultural practices to complement Aflasafe, is crucial. Awareness creation for the public and consumers on the extent of the problem and solutions to prevent contamination are also needed.

At the regional level, concerted efforts are needed to coordinate policies on safety and standards, branding of aflatoxin-safe products, and incentives for safe food. The EAC has been spearheading these regional efforts, which also need to be strengthened. 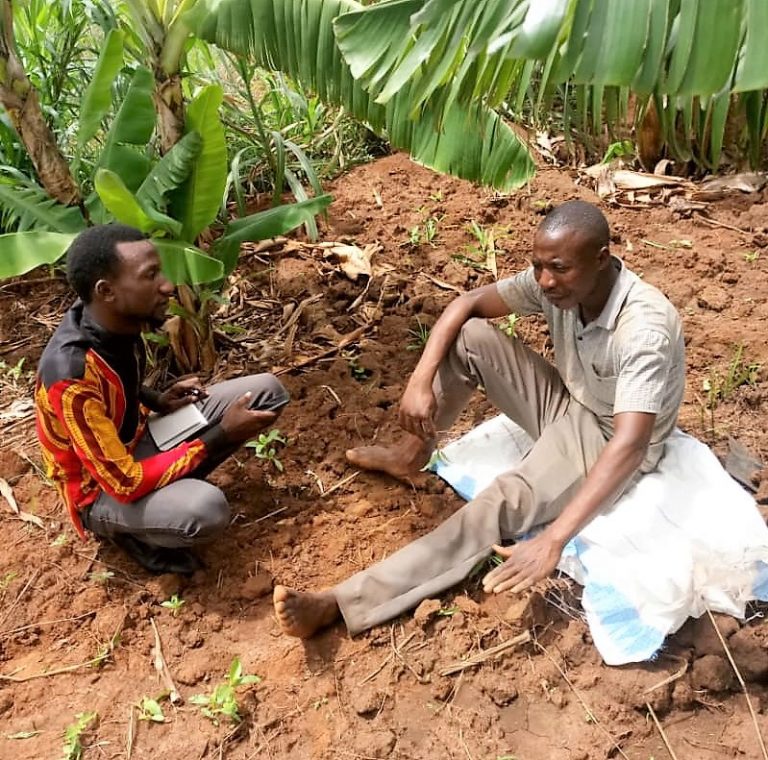 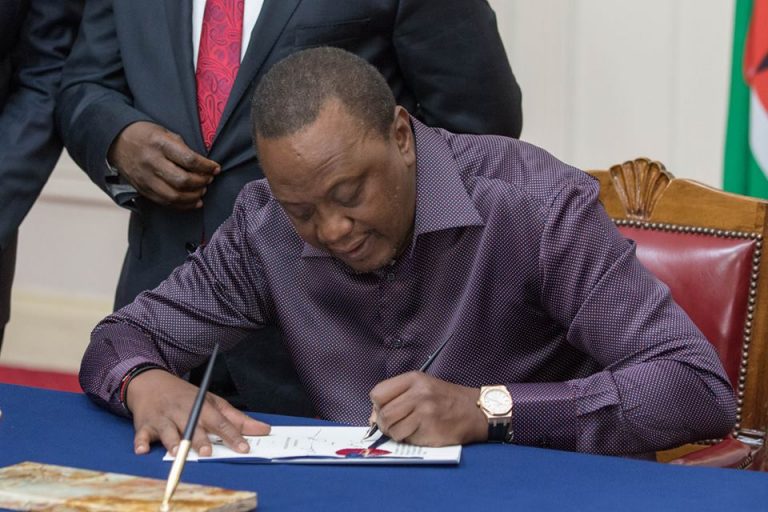 President Uhuru Kenyatta has this evening at State House, Nairobi signed into law the 2020/21

Kenyan government will no longer buy maize from farmers

Aflatoxins: The good, the bad and the business news