They came in all sizes, colours, materials, and shapes and stared at me from all angles. Some of them are using the latest sophisticated technology that I need the training to operate. I am talking about Agricultural machines that were on display at this year’s EIMA exhibition at Bologna in Italy. With an attendance of 327,100 visitors out of which 57,300 were from outside Italy, this is a confirmation that more farmers are moving towards farm mechanization hence the great interest. This number excludes the 1500 companies displaying their machines, 480 of them from outside Italy.

While most farmers especially in Western countries have embraced farm mechanization, Africa has a long way to go. In Kenya specifically, most farms use human labour with the most popular machine being a tractor.

In Bologna, I bumped into Kanyi Thairu a dealer with Captain Tractors based in Nairobi. He started selling farm machinery in 2017 and he says from his experience, interest towards the same is increasing. He says that with the coming of the Covid 19 pandemic which affected a lot of sectors, inquiries for machinery increased. He attributes this to people researching at home during the period and realizing that the food and agriculture sectors were the only ones surviving during the pandemic although they also faced challenges.

So what hinders the growth of farm mechanization in Kenya? “I think the biggest one is lack of information. I think most of our farmers don’t know that there is affordable farm machinery available together with financing opportunities for them to take advantage of. Also, they have not done costing to realize that manual labour is very expensive. They need to come down, mechanize operations to make it affordable to compete with their counterparts in the developed world,” says Kanyi.

Talking about tractors, Kanyi says with the land subdivision in Kenya, land has become smaller but the tractor size has remained the same. “That is why I love the Mini Tractor from Captain Tractors as it is compatible with our subdivided land sizes and it is also economical to make commercial sense. We can’t continue with big tractors and hand-held equipment, we must mechanize,” opines Kanyi. He says that with the advent of technology, some farm machines can’t be repaired by local mechanics not to mention the lack of spare parts which he says is a disadvantage to farmers and advises them to go for ones that are easily reparable like the Captain Mini tractor. He, however, says the big and technologically advanced machines have their category of farmers who find them suitable but the majority of farmers need low-tech, affordable machines that can be repaired by even a low-skilled car mechanic.

The affordability of farm machines by smallholder farmers has been another issue. Kanyi says that with the government encouraging people to form cooperatives it is easy to partner and buy machines that can be used by several farmers in a cooperative.

His sentiments are supported by the President of FederUnacoma the organization that hosts the EIMA exhibition Alessandro Malavolti. “The quality of a machine is very important and farmers should not go for cheap machines compromising quality. Since most smallholder farmers in Kenya might not afford the quality machines individually, we can look into ways of selling them the machines as a cooperative. Those who can afford can also buy and rent to others including using smartphone applications where you can rent them depending on the hours of usage,” he quips.

Sunish Shah, the Captain Tractors Import Manager for India and Africa says from his experience in Kenya, 95% of the farmers are small marginal farmers who own land that is less than 5 hectares. Half of them he says are those christened telephone farmers who work in towns and employ people to farm for them since farming is not producing enough money for their needs. He attributes this to a lack of mechanizing their farms, not using crop science technology and not utilizing proper resources.

“I have proposed to a few countries in Africa a way to mechanize farming through the help of the Exim Bank of India (wholly owned by the government). In the process we can supply the tractors, train the farmers and help farmers make money such that they can pay a loan in two years and by doing this more land can be utilized,” says Sunish.

He adds that farmers should view farm machines as an investment in agribusiness. There are farmers he says who own big tractors but utilize them for very few days in a year leading to high costs and losses. He advises that a farm machine that can be used for 300 plus days a year is an investment and a sure way of making profit in farming saying that that is what was in the mind of the manufacturer of the Captain Mini Tractor. “Together with our implements, one tractor can be used in ploughing, sowing, weeding, spraying and harvesting. It can be used later to transport the farm produce to the market and also earn an income from the surrounding farms. This decreases the dependence on outside labour and a family can perform all the tasks on the farm using the tractor since it can also be handled by women,” opines Sunish.

Kanyi says the Government can also do a lot to encourage farm mechanization saying there is fear of introducing VAT on tractors in the near future. The implements like ploughs, sprayers and rotavators, already have VAT imposed on them making the price go up. He urges the government to zero rate all agricultural machines in order to encourage their uptake which will translate to higher production and incomes for farmers hence making the country food secure.

So, what is the future of farm mechanization in the country? “I think we are going places in mechanization since in most Kenyan counties there is a labour shortage. Very few of our youth are ready to do difficult work in farming and they can only be encouraged to join if it is made suitable for them through mechanization. So, there is a lot of interest among young people. Because when you talk about walking behind an ox plough or carrying a panga and a jembe, that is not the future prospect that they are looking forward to. But if one owns a machine like a tractor, one will enjoy farming. I think after owning Boda Bodas, agricultural machines is the next place to put money into,” says Kanyi. 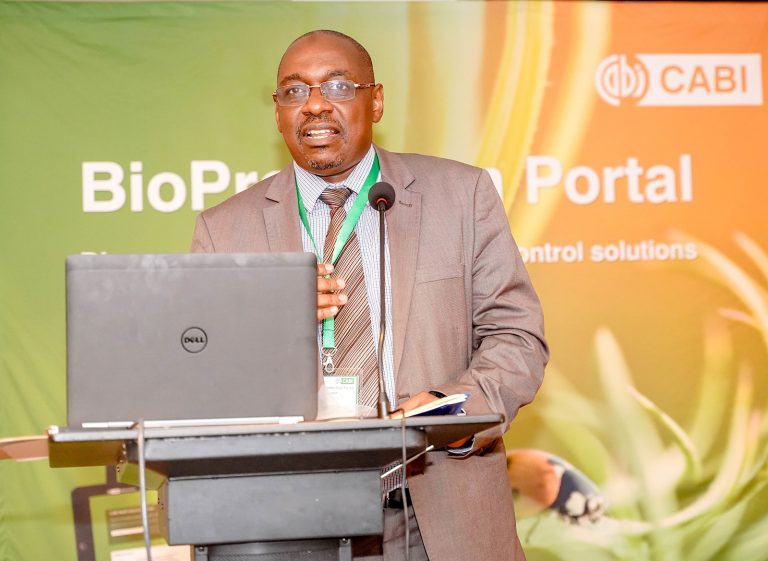