The Kenya Private Sector Alliance (KEPSA) with support from the Kenya Airline Pilots Association (KALPA), led discussions amongst stakeholders in the aviation sector both in government and private sector, to explore initiatives to spur the economy and revamp the aviation sector that has been adversely affected by the COVID-19 pandemic.

The high-level stakeholder engagement is a precursor to the National Aviation Conference to be held in the first quarter of 2021. The meeting brought together leaders from the Senate, Ministry of Transport & Infrastructure, and Kenya Airports Authority; together with stakeholders from the aviation industry such as Kenya Airways, the Kenya Airline Pilots Association, and Kenya Association of Travel Agents.

The focus of the meeting was to start a discussion on the impact of Covid-19 on the aviation industry and allied sectors, and come up with proposals to mitigate the adverse effect of the pandemic on these sectors.

In her remarks, KEPSA Deputy CEO Martha Cheruto noted that the Covid-19 pandemic had affected businesses globally with aviation industry being among the worst affected sectors. “We hope that from today’s deliberations, we can delve specifically into how these issues can be mitigated and what policy and regulatory interventions can be introduced to cushion businesses in the sector,” she said.

Ms. Cheruto added that the aviation sector plays a key role in economic growth and development as a logistics powerhouse, and revenue generator for Kenya and the region due to its linkages with various sectors.

On his part, Kenya Airways Head of Regulatory Affairs Mr. Dalmas Okendo noted that Covid-19 had negatively impacted the airline, resulting to job losses and a drop in revenue. He also highlighted that as travels resume, the national carrier is focusing on the health and safety of staff and clients, and network rationalization.

On a positive note, the CEO of Kenya Tourism Federation Ms. Susan Ongalo, revealed that domestic tourism has been picking up steadily after the reopening of domestic airspace in mid-July 2020, and a notable influx of foreign tourists into Kenya after the resumption of international flights. “To boost tourism, Kenya should adopt rapid testing on-site at an affordable rate and consider the further opening of the skies to increase Tourism,” Ms. Ongalo said.

The International Air Transport Association (IATA) financial outlook that was released in June 2020 estimates that revenues for airlines globally could fall by 50% to $419 billion from $838 billion in 2019. According to the report, in Africa alone, the GDP supported by aviation was estimated to fall by up to $35 billion with over 3.5 million job losses estimated in August 2020. Locally, IATA estimated 223,600 jobs were at risk with GDP losses of up to $1.8 billion.

The pandemic has grounded the airline sector with the allied sectors like tourism and hospitality sectors. Consequently, the broader industry is witnessing a decline in tours and travels as a large number of international as well as domestic flights were cancelled all across the globe to curb the transmission of the virus. In response to these, participants proposed for the industry to work together across all the industries interlinked with aviation.

The other proposals included:

1.   An urgent need for a proper legislation and policy framework, and guidelines on how to deal with a pandemic.

2.   Re-establish passenger confidence to spur the tourism sector alongside sustaining ongoing efforts to invest in the cargo business.

3.   Enhance efforts to reopen the economy with risk-based approaches, testing and vaccinations.

5.   The government to leverage the slowdown in aviation operations to accelerate complementary projects like rehabilitation of the airports and uplifting the face of the domestic terminal at the Jomo Kenyatta International Airport.

6.   There is a need for a policy to support the pandemic response.

7.   Deepening E-commerce and platform development shift to reduce physical contact to contagions of Covid-19 and ensuring faster clearance of cargo

The event was graced by Hon. Senator Sylvia Kasanga who chairs the Senate Ad-hoc Committee on the Covid-19 situation in Kenya. She stated that there was a need for a substantive legislative framework to cushion the country during the Covid-19 pandemic. She revealed that already the Pandemic Response and Management Bill 2020 which attempts to introduce a legislative framework has been deliberated upon by the Senate, and referred to the National Assembly where it is still undergoing concurrence.

Senator Kasanga noted that there was a National Aviation Management Bill 2020 before the National Assembly, which is yet to be forwarded to the Senate. She was emphatic that once the Bill was presented to the Senate, Senate would ensure that it safeguards the best interests of the Kenya Airports Authority, Kenya Airways and private sector aviation players. 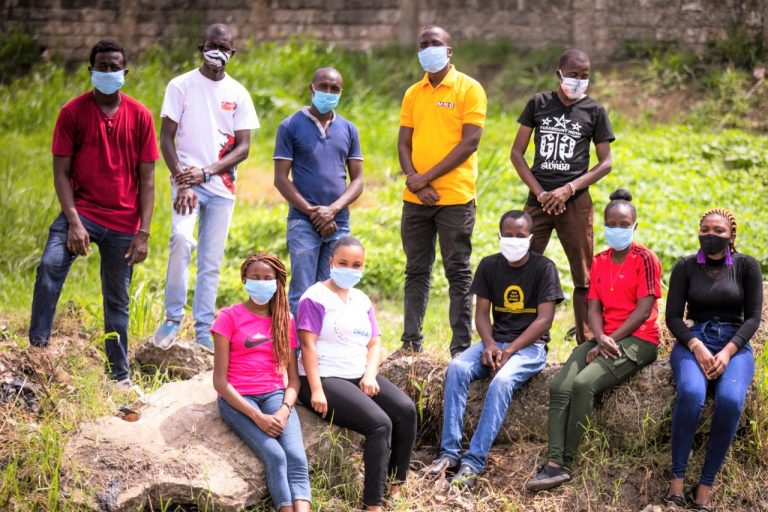 In Borno state, North East Nigeria, the current COVID-19 pandemic is not just a crisis,

Food markets will face many more months of uncertainty due to COVID-19, but the agri-food