Listening to Kirimukuyu Ward MCA Muriithi Ndagita talk about agriculture, one gets the impression of someone who understands what he is talking about. When Agriculture CS Peter Munya visited Kirimukuyu recently during a public participation forum for the new coffee regulations, he listened pensively as the MCA gave his presentation. When he rose to give his address, he told the farmers that they were lucky to have an MCA who understands agriculture matters including coffee issues. Ndagita is the MCA Kirimukuyu Ward, Mathira Constituency, Nyeri County and the Chairman of the Agriculture & Livestock Committee at the County Assembly of Nyeri. Being a young MCA in the assembly and holding the position is an indication of the value he places in agriculture.

We almost miss our interview as he forgot about our date. Luckily he finds me at the Nyeri County Assembly clearing at the gate as he drives out. We get back into the assembly where he talks passionately about what he is doing to make agriculture better in Kirimukuyu and Nyeri County in general. He describes himself as poultry and coffee farmer and also an entrepreneur.

“Agriculture is the backbone of our economy. Kirimukuyu is purely agricultural mainly doing coffee. We do not have big land, an average person owns an acre and the largest land owned by an individual is probably ten acres. I realized the only way I could help my people to come out of poverty is by supporting them and doing projects in agriculture.

He says changing the attitude of his electorate has been an uphill task especially the youth who view agriculture as an industry where one gets into when you don’t succeed in other areas. “That misconception is what I want to remove hence leading by example and showing all that you can succeed in your own home ground in farming if you take farming as a business,” he says.

Ndagita says having been born and raised up in Kirimukuyu he understands the challenges facing farming there. “I was raised in Kirimukuyu and my parents mainly dealt with coffee farming. That time was not well paying almost similar to a time like now, but there before so many people could earn a lot from coffee. So I can say for sure through coffee I was educated and so many other young people in Kirimukuyu. We have a challenge as we do not have water for use in agriculture but we receive good rainfall every season. So if the people are shown the good practices and skills and trained to take advantage of the environment where they are, we can go back to the good old days where people used to buy vehicles, educate their children and also build good houses through coffee proceeds and other farming activities. And that is where my focus is at the moment,” he says.

On coffee, he acknowledges there are several challenges in marketing, governance and also low production. Since matters on policy and marketing are dealt with by the national government, he is focusing on how to curb low production since it is a function of the county government. “I believe even if the price is high and as a farmer, you have low production, you won’t get good money,” says Ndagita.

He has teamed up with two Coffee Cooperative Societies in Kirimukuyu- Rutuma Cooperative Society and Tekangu Cooperative Society which have ten coffee factories under them in the Kirimukuyu Coffee Revitalization Project. Together with the management of the societies, they have identified 50 farmers per factory which translates to 500 farmers who will be assisted to increase their production. The overall effect is expected to be felt in the societies as the 500 farmers sell more coffee. “Coffee bushes we have in our shambas were the same ones our grandfathers were harvesting. The research that I have conducted, shows that when coffee bushes reach thirty years, production goes down. That’s why farmers have given up because they go to the factories and borrow inputs like fertilizer but go and apply to old bushes. If the coffee bushes have an issue with the stem or roots, you can’t cure that. The extension officers who were expected to educate the farmers never inform the farmers that they are supposed to change the cycle and plant a new tree that is more vibrant that can give high yields and a good grade. If you increase the grade and production, you will be able to solve the issue of prices,” explains the MCA.

Ndagita says he has set aside a budget that will be used in capacity building by training the 500 farmers on the best way to plant coffee, they will be given 50 quality seedlings each and 50 debes of manure. There will then be a comprehensive one year programme in terms of spraying and other general practices. “Within one and a half years you should be able to get at least 2kgs per bush. Most farmers now are doing 1-5 kgs with the old bushes. For sustainability of the programme, we have revived Thamaru Polytechnic which has been lying idle. It sits on about seven acres of land with about 350 old coffee bushes. We have given it to a youth group that we have trained. We shall support them to plant 200 new bushes and also try to revive the old ones so that we can use the facility to train farmers. Coffee farmers will be going there and compare the old and new coffee bushes as they learn.  The yields from the bushes will support the youth group. We have realized that in Embu and Kirinyaga, there are people who are doing well in coffee farming and our farmers are going there and paying to be trained. We want to bring that training into that institution and empower our youth and also bring these educational skills near the people,” he opines.

Each factory will also get 50 seedlings and 50 debes of manure to establish demonstration plots for their farmers too. Ndagita says that increased production will also lead to more jobs in the coffee factories as they will need more workers as well as in the farms saying over 500 new job opportunities are expected from the project. The Coffee revitalization project is expected to be implemented every rainy season starting with this month. Manure is already at the factories while farmers have prepared their lands and are waiting for the seedlings. The farmers have been put into groups according to their factories where they have each chosen a coordinator for easy tracking of the project.

Ndagita however talks about challenges like the government bureaucracies in procuring for the seedlings. Other farmers are complaining that it is a lot of work and he urges young people who are energetic to take advantage of the opportunity and secure their future. He also urges the Societies management and the Department of Agriculture to own the project too for it to succeed. “I urge farmers to avoid too much politics in this programme so that it succeeds and we secure the future for our generations,” opines Ndagita.

Since not all homesteads have coffee and bearing in mind the small sizes of land, the MCA says he saw the only other way he could support his electorate is through poultry farming. This will be done through 14 groups that have already been identified and have an average membership of 15-20 members. Each member will receive not less than 20 one-month-old chicks. The group officials have already been trained on poultry rearing especially on vaccination as a similar initiative last time had high chick mortality rates. He also says he convinced the Department of agriculture to give the farmers one-month-old chicks instead of two weeks old ones as the one-month-old chicks have already been vaccinated hence the mortality rate will be low. He agrees it is expensive but it is better as the losses will be minimal. The target is to give out 4000 chicks within the current budget and plans are underway to include the same in the next budget.

“We have already identified land at Kaiyaba which is around half an acre belonging to the Department of Agriculture and we plan to gazette it as a poultry market. We want to create a day where people will be coming to buy and sell chicken and eggs. We want a person from Burma market in Nairobi with a pickup to be coming to Kaiyaba and buy chicken and eggs and take them to Burma,” says Ndagita. Due to the high prices of poultry feed, Ndagita says consultations are ongoing with the Department of Agriculture and the group’s officials to see if they can buy for them feed making machines. The feed will be sold to the members and other poultry farmers in order to sustain the project. The chicks have already been ordered through the Department of agriculture and they are waiting for delivery.

Ndagita says that he expects the two projects to have an impact on his electorate and requests support from anyone who would love to partner in order for the farmers to benefit.

He concludes by urging the young people to change their attitude towards agriculture saying he has faced their wrath at one time due to this. “When I posted on Facebook that we will give our farmers manure, I was criticized by so many young people and they were wondering what I was telling them about manure. They don’t understand that. So that attitude is wrong and we must change that because farming has been left to the aged which is a challenge and looks like farming does not have a future. The average age of most farmers is 55 years. That is the age of my father and again they look at me as a boy who doesn’t understand what he is saying. So that is another challenge but we can overcome the challenges if everybody talks about it and with time people will realize that it is only in agriculture that we can be able to bridge this gap of unemployment and issues of poverty,” he says. 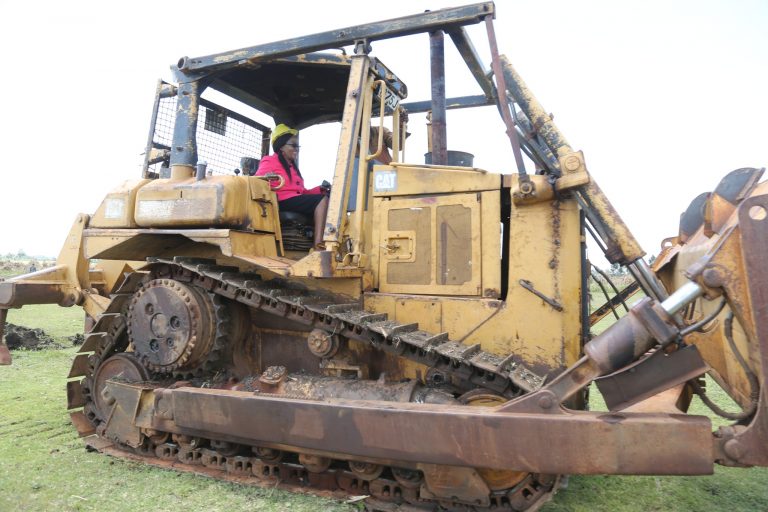 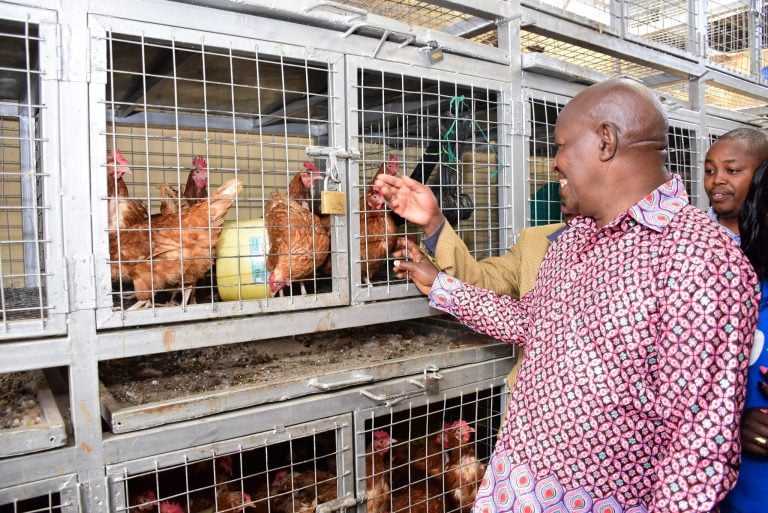