The Kenya Tea Development Agency (KTDA) Holdings Limited has been left to releasing a flurry of statements after police raided their headquarters at Farmers Building along Moi Avenue in Nairobi on Friday afternoon.

The police armed with a court order held KTDA staff and barricaded them on the respective floors. The building entry and exits were also blocked.

By Saturday morning, KTDA said four of its Junior ICT staff who have been held by police officers at the headquarters were still there. All other staff were released by 8:00 pm yesterday and with instructions to leave their offices drawers and lockers open.

“The building remains in the hands of the police who have denied authorized KTDA staff access to the offices. The Magistrate’s Court order (Misc. Application No. E1248 of 2021) that was produced to facilitate the raid neither made mention of detention of staff nor did it include the restriction of entry into and exit out of the building by KTDA employees. These unlawful actions continue to be undertaken by law enforcement offices notwithstanding the existence of a High Court of Kenya Order (Petition No. E254 of 2020) restraining such an action. By dint of the law, the High Court Order ranks superior to that of the Magistrate’s Court. As mentioned yesterday, KTDA, as a law-abiding institution, will abide by the orders of the court, and recognizing that the High Court order ranks above that of the Magistrate’sCourt,” said the agency in a statement.

The raiding of the offices is not a surprise since the President ordered Agriculture CS Peter Munya to investigate the Directors and management. The CS has been at loggerheads with the Agency after releasing the new tea regulations. The regulations recommended a total overhaul of KTDA including an audit and prosecution of those found to have misused tea farmers’ money.

KTDA has been using the courts to challenge the tea reforms declaring everything the CS announced as unconstitutional. Meanwhile, the CS seems to have been ahead with the plan to nail them. Recently, he announced an elections timetable for the smallholder tea factory companies to replace the current Directors. He said that the government will provide security during the elections. KTDA in its usual style dismissed the elections as a sham saying the government had no authority under the law to request for elections after the order from the President and ran to court.

On his part, Munya said it’s the farmers who had requested for the elections and the government was just assisting them. The elections were slated to run from March 20th   to May 22nd. So far elections have been held in several areas including Nyeri, Muranga and Bomet with new Directors taking over the running of the factories.

The new Directors are mandated by the tea farmers and the law to organize for the replacement of the current management agency in the factories which happens to be KTDA. Since the new Directors do not owe their allegiance to the agency, it seems their monopoly of managing the factories could be coming to an end.

KTDA realized it had been outsmarted when the Companies’ Registrar General updated the records of six smallholder tea factory companies in Murang’a which are managed by the Kenya Tea Development Agency (KTDA) with the names of the newly elected Directors. These are Ikumbi, Njunu, Githambo, Kanyenyaini, and Nduti Tea Factory Companies.

KTDA through their lawyer then asked the Registrar General to rectify the records of the factory companies and admit liability for any loss and damage suffered courtesy of the alleged “interference”. The agency wrote to the Registrar General and in a thinly veiled threat gave him an ultimatum to undo the changes.

“The purpose of this letter is therefore not only to bring to your attention the hereinabove, but also seek that you immediately upon receipt of this letter, rectify the record of the above cited companies by reinstating the proper names of the persons that existed prior to the unlawful interferences done in March. That you immediately upon receipt of this letter, and in any event not later than close of business on 1st April 2021, avail to us copies of all documents that may have been submitted to you, if at all, and or may have been invoked by you, if at all, in purporting to alter the records and or particulars of the above cited Companies as held in your institution.  That you admit liability for any loss and damage suffered courtesy of your aforementioned acts and or commissions,” read the letter.

With new Directors taking charge of the smallholder tea factory companies, the government will have cut out KTDA from the factories. The raid at their headquarters and holding the ICT staff could be a search for evidence to nail them. It seems finally the chickens have come home to roost for KTDA.

The High Court in Nairobi on Monday (April 26, 2021) issued orders restraining the Attorney 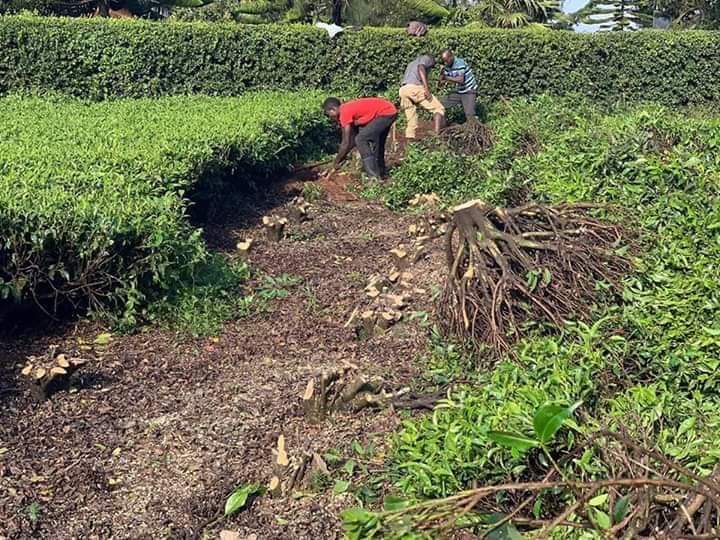