Introducing a minimum price below which tea presented at the auction cannot be sold was a drastic but necessary decision concerning the sale of tea at the Mombasa tea auction according to Agriculture CS Peter Munya.

“Key players at the auction may have thought that the move was too radical and disruptive for the industry. While the new requirement may have slowed down the sale of teas at the auction, I do want to believe that the players, particularly brokers and buyers have taken the requisite steps to align their requirements and business transactions accordingly. I am certain that the tea not sold in last week’s auction remain ready to be moved to the markets at the right price,” says Munya. The CS says there is adequate storage capacity for the tea as it awaits to be presented to the auction and subsequently shipped to the international markets.

He says that we cannot expect the tea industry to remain sustainable if tea farmers continue producing tea at a loss since any loss-making entity will eventually collapse.

At the same time, the CS announced that independent tea producers, some of whom are processing green leaf from smallholder tea farmers, have come on board to support the setting of the minimum reserve price at the auction.

“It is in view of this that we have come together today to speak in one voice and to deliberate on how we will execute this initiative for the collective benefit of tea producers. As you are aware, Kenyan tea has always been presented to the market on the platform of quality. However, we appear to have lowered our quality standards and focused on delivering volumes to the auction,” he adds.

The problem of green leaf diversion commonly referred to as ‘tea hawking’ and expansion of manufacturing type and capacity without authorization by the regulator has further contributed to lowering the quality of our teas according to the CS. The independent tea producers have been alleged to be the main culprits in this undesirable practice but he says there could be other parties as well who may have taken advantage of the expansion of investments in the tea industry to participate in unscrupulous practices and blame it on others.

“The effect of low-quality teas is that they aid in suppressing the overall tea prices at the auction hence it is, therefore, necessary that as we implement the minimum reserve price, all independent tea producers must commit to comply with the provisions of the Tea Act and deliver only the best teas to the market. I am confident that if we all decided on one accord to harmonize the quality of teas that go to the auction, we will not just attain the minimum reserve price but also attract much more value for our premium offerings,” opines Munya.

The Cs also urges the independent tea producers to fully embrace the reforms being rolled out towards making the tea industry sustainable and profitable.

He also urges the Mombasa tea auction organizer to facilitate a smooth transition because of the new changes. Further, they should undertake effective and clear communication to the industry players for the business to get back on track as quickly as possible 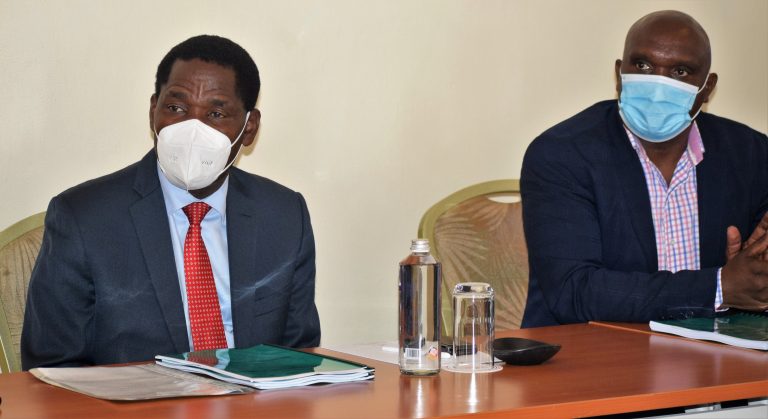