Animal feed making is a process that requires a lot of concentration and high standards must be observed as it involves the lives of the livestock and also human life. As most raw materials used in feed making are food e.g. maize, wheat, sorghum, rice, bran etc., there are food hazards associated with animal feeds which should be a concern of both the manufacturers and the consumers.

A manual published by the   International Feed Industry Federation (IFIF)  together with the Food and Agriculture Organization of the United Nations (FAO)  in 2017 titled  “Good practices for the feed industry” offers an insight into these hazards.  According to the manual, food safety hazards associated with animal feed can be biological, chemical or physical. Each hazard is associated with particular sources and routes of contamination and exposure. Hazards may be introduced with source materials or via carryover or contamination of products during handling, storage and transportation. The presence of a hazard may also result from accidental or deliberate human intervention (e.g. fraud or bioterrorism)

Because of the universal presence of dioxins in the environment, the threat of dioxin contamination posed by feed ingredients may originate from many different sources. Since the Belgian dioxin crisis in 1999, dioxins have become important considerations for feed safety. Since then, numerous cases of contamination involving dioxin from unexpected sources have been reported. This has shown that dioxins may be inherent to a product (e.g. clay minerals), or introduced during processing (e.g. lime in citrus pulp). Dioxins can be introduced if contaminated fuels are used in the drying of feed products; for example, treated wood, poor quality coal or contaminated fuel oil.  Dioxins have also been known to contaminate forage crops grown in the vicinity of certain industrial processes (e.g. incinerators). Dioxins and dioxin-like PCBs are two related groups of toxic compounds, both comprising a number of congeners. Each congener has its own toxicity as expressed by the toxicity equivalence factor (TEF). It has been suggested that most human exposure to dioxins is as a result of foods of animal origin, which in turn may arise from the presence of dioxins in animal feeds. Dioxins accumulate in fat to a high degree, so even extremely low levels of dioxin in feed can become significant over the lifetime of an animal and result in unacceptable residues in human foods such as meat, milk, and eggs As such, implementing controls for dioxins in feed represents an important step towards reducing dioxins in the food chain. In particular, screening programmes have indicated that dioxins may arise in feed via their presence in mineral sources, such as clays, recuperated copper sulphate, zinc oxide; food by-products; and fish by-products such as fish meal and fish oils. There is a need for development/improvement of inexpensive and accurate screening methods. Feed and food exposure studies are necessary to account for all sources of dioxin entering the feed chain.

In the last decade, many studies have been conducted on mycotoxins. Most frequently occurring mycotoxins (aflatoxin B1, ochratoxin A, zearalenone, fumonisin B1, deoxinivalenol, T-2 and HT-2) are currently considered for their effects on animal health. However, when focusing on how mycotoxins play a role in food safety, attention should be limited to mycotoxins that are known to be transferred from feed to food of animal origin, as this food represents a significant route of exposure for humans. Although the scientific community is aware of the following transfers from feed to food: aflatoxin B1 to liver, aflatoxin B1 to milk as aflatoxin M1, aflatoxin B1 to eggs as aflatoxicol; ochratoxin A to meat; deoxynivalenol to meat as DOM1; zearalenone to meat as zearalenol, evaluating transfer rate and route of exposure in humans is restricted to aflatoxin B1 for animals producing milk.

Farmers should bear in mind that animals fed on aflatoxin contaminated feed do not show symptoms of aflatoxin toxicity. Feeds most susceptible to aflatoxin are: cereals (especially maize), cottonseed, peanut, copra, palm kernel and rice bran but caution is required with any feed products grown in tropical and sub-tropical regions, particularly where they are not dried or processed promptly after harvesting. Aflatoxin contamination is not similar; it is therefore very important to apply an appropriate sampling method. Feeds having a significant aflatoxin contamination should not be fed to dairy cows or other animals producing milk for human consumption or to other food-producing animals.

There is some evidence to suggest that mycotoxins can concentrate in dried distillers’ grains with solubles (DDGS) during the processing of grains for ethanol production. They also concentrate in cereal bran.

Cadmium is a universal contaminant that is present in many feed and feed ingredients, in particular minerals, and forages grown near smelting and mining areas. Arsenic and mercury are heavy metals which are widespread in the environment and which can be found in many feeds, in particular in feeds of marine origin. Lead is also a ubiquitous contaminant.

As veterinary drugs may be a potential risk for food safety, they should be used according to good practices in the use of veterinary drugs. Residues of veterinary drugs can be present in feed when ingredients of animal origin (terrestrial and aquatic) are used, but this is not a very significant route of exposure. Veterinary drug residues may be found in food products as a result of the carryover of veterinary drugs in feed during feed production. Therefore, it is important to follow the Code recommendations (flushing, sequencing, cleaning) when feed for food-producing animals is produced after the production of a medicated feed. It is also important to take into account the illegal use of drugs in animal feed which may result in unsafe residues in meat, milk or eggs (e.g. chloramphenicol/nitrofurans in shrimps and chloramphenicol in milk powder). There is some evidence to suggest that antibiotics used in the fermentation process to control microbiological contamination during the processing of grains for ethanol production may concentrate in dried distillers’ grains with solubles .

Organochlorine pesticides are chlorinated hydrocarbons used extensively from the 1940s through the 1960s in agriculture and mosquito control. These include DDT, methoxychlor and dieldrin. The continued presence of organochlorine pesticides in the environment, as well as their ongoing use in some countries, can cause exposure through food as a result of accumulation in the fat tissues of animals that have been fed on contaminated feed. Such animals will usually not exhibit specific clinical symptoms of the contamination. Animal products such as meat could accumulate these substances, which are extremely persistent and which decompose very slowly. Contaminated animal products can cause food safety issues for humans.

The primary sources of microbiological hazards in feed are contaminated pasture land, forages and animal and vegetable protein meals fed directly to animals..

In some countries, where Brucella infection occurs, infected ruminants can deliver offspring or abort in fields that are grazed or from which pasture is harvested and used for animal feed. It is well known that the placentas of infected animals contain high levels of Brucella micro-organisms. If contaminated forage is fed to milking animals, the micro-organisms may be excreted in their milk. If this milk is not pasteurized prior to consumption by humans, it is a risk to food safety.

Salmonella – a common bacterial disease that affects the intestinal tract, is still of worldwide human health concern. It is clear that infection in animals has a direct impact on transmission to humans via food of animal origin. Contaminated feed might represent an important route of exposure to Salmonella.

Some endoparasites of animals, such as Echinococcus, Toxoplasma gondii, Cisticercus and Trichinella, present a risk to human health, and ingestive stages can contaminate animal feeds. These pathogens can colonize/infect farm animals, and may pose a threat to human health if infected or contaminated products are ingested.

There are many toxic plants found in grasslands around the world. Their toxic effects, and the potential presence of some toxic compounds in milk and meat, are well documented However, there is a lack of information about metabolic rates, residues, maximum residue limits (MRL) and average daily intakes (ADI) for these different toxicants. This risk pathway can be controlled by following Good Agricultural Practices. 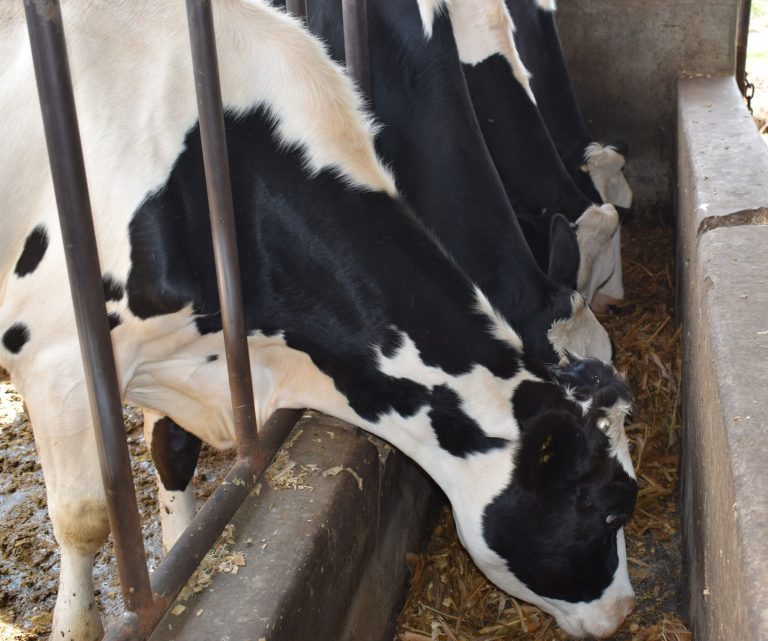 Farmer beware- that animal feed could be sand 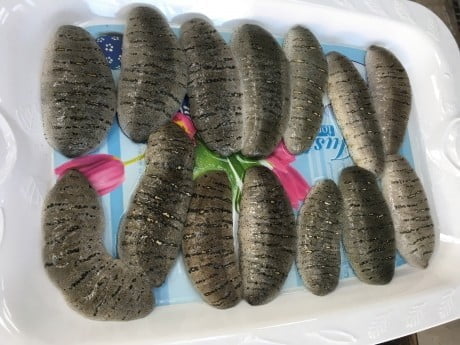 Seaweed is a precious product for the 25 000 Zanzibari farmers that depend on it, 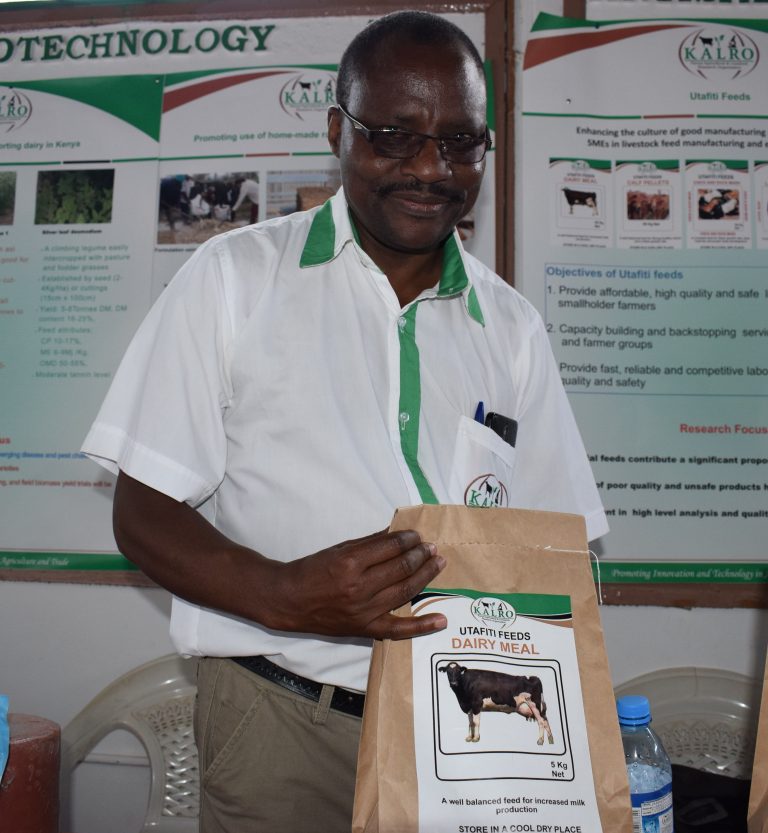