The art of pruning

With the modernisation and commercialisation of agriculture in Uganda throughout the early 2000s, farmers took to cutting down trees— once considered a key part of the food production system—to clear the way for vast expanses of monocultural crops.

Twenty years on, the move away from traditional farming towards the monoculture model has seen many of Uganda’s natural forests and wetlands depleted, with poor land management reducing the country’s tree cover from 24 per cent in the 1990s to just eight per cent in 2018.

Deforestation has also reduced soil fertility for many farmlands requiring expensive synthetic fertilisers with high financial costs for local communities. The degradation of the landscape has reduced the land’s ability to capture and store water, furthering water stress during warmer months.

Agroforestry—combining trees into the agricultural landscape—offers much to farming communities wanting to increase productivity in a way that is sustainable long-term. Convincing smallholder farmers to make the switch back to incorporating trees, however, requires both a technical and a social transformation.

This is where University of Adelaide PhD student Joel Buyinza is playing a growing role.

Working on an ACIAR-funded research project, Mr Buyinza—who is a recent graduate of the John Allwright Fellowship executive leadership program—is investigating what motivates Ugandan farmers to plant and manage trees to aid food production. His research aims to help communities understand the relationship between trees, water and crop production, so that rural communities across Uganda can strengthen food security.

Through a partnership with the local governments, Uganda’s National Forestry Resources Research Institute (NaFORRI), World Agroforestry (ICRAF), Makerere University and the University of Adelaide, Mr Buyinza’s project is looking at the tree-crop-water interactions of two indigenous tree species, Albizia coriaria and Cordia africana, and how they can best be integrated into coffee and common bean smallholder farming systems.

Both trees are good sources of timber. The Cordia branches are a source of fuelwood for the homesteads as it tends to branch often. In addition, the two trees are also capable of converting nitrogen into a form that can be used by plants. This provides a cheaper and more climate-smart option of fertilising the soil when compared to expensive inorganic fertilisers. Importantly, these added nutrients can increase crop yields and potentially increase household incomes when the harvested crop is sold.

‘These two trees have been chosen due to their unique characteristics. With Cordia, pruning seems to encourage more growth, unlike in Albizia, and both are semi-deciduous—shedding leaves during certain periods of the year—which is also a water-saving and drought-avoidance strategy,’ says Mr Buyinza.

These characteristics make the trees appropriate for integration in an agroforestry system where soil water use needs to be regulated.

To assess water movement in the tree during transpiration, Mr Buyinza uses a Sap Flow Meter—an instrument that measures plant water use. After an initial 18-month period of measuring sap flow, it was discovered that the two tree species consumed between 15 and 32 litres of water per day, compared to coffee shrubs that consumed 2 to 5 litres a day. This information will help farmers understand the water requirements of their trees and how management affects water use and crop productivity.

While these are only preliminary findings and the research is ongoing, Mr Buyinza has already identified the role pruning can play in improving the integration and management of the trees—and their water use—to increase coffee and common bean yields.

The power of pruning

The project has demonstrated that tree pruning can result in a 27-32% increase in coffee and common bean yields in smallholder farming systems, but only when farmers regulate the tree shade through deliberate and consistent canopy pruning.

Deliberate tree pruning can prolong the period of intercropping and influence water use by the trees. Moreover, when trees are pruned, the branches can be converted into firewood while the plants underneath, such as coffee, beans and maize, can benefit from the additional sunlight that penetrates the tree canopy after pruning.

However, farmers have different beliefs and approaches to pruning. For example, while pruning has traditionally been used to control excessive tree shade, it is done haphazardly when a household needs fuelwood or poles for construction and fencing.

Some farmers believed pruning would kill the trees while others thought it was taboo to prune or even cut trees planted by their ancestors. Mr Buyinza is hoping to introduce deliberate pruning slated at six-month intervals to allow farmers to reduce tree shade and its associated negative effects on the coffee and common bean growth beneath the trees.

Mr Buyinza explains that if the new pruning techniques were followed closely, trees would not only use less water, but create a water reserve in the soil for use by other crops such as coffee.

In addition to the biophysical factors, the socio-economic component of the project is seeking to understand the underlying perceptions farmers have about the impact of trees on crop yields.

‘We want to understand how farmers respond to science through a “seeing is believing” approach,’ says Mr Buyinza. ‘Farmers’ underlying perceptions would then be documented to inform agricultural technology adoption pathways of smallholder farmers in the Mount Elgon region of Uganda.’

The study is seeking to understand the motivations behind farmers wanting to adopt or not to adopt shaded coffee on their farms.

As part of the project baseline survey, 400 farmers (228 men and 172 women) were identified to be part of the project. They were split into four groups: 100 as the control group who have never interacted with the project; 100 as beneficiaries of the first phase of the ACIAR-funded Trees for food security project that ran from 2014-2017 (which demonstrated the importance of trees in fields and farming landscapes); 100 are neighbours of these phase 1 beneficiaries; and another 100 are phase 2 farmers of this project which has run since 2017.

Among the first phase of farmer-beneficiaries, preliminary results show that over 40% of the variation in farmer motivation to integrate trees in their coffee plantations was explained by their attitude and perception of their own capability to integrate trees and coffee successfully.

However, the neighbours of the first phase beneficiaries and the control farmers were only motivated by ‘attitude’ and ‘social norms’ respectively.

Farmer decisions to plant trees in coffee farms are therefore mainly driven by their evaluation of the benefits of shaded coffee and social pressure from other farmers in the community. Such findings demonstrate that psychological factors are key drivers to the farmers’ internal decision-making process in agroforestry technology adoption and can be context-specific. It also serves as a call for researchers, extension workers and development agencies to consider community social norms and beliefs when working with farmers.

‘Applying similar approaches under different contexts will help provide solid database on water use of similar and different tree species across countries in a range of contexts, which is currently missing,’ says Dr Muthuri. ‘Such data is needed in modelling the impact of land use change on water resources, crop productivity and systems resilience critical in informing policy agenda on land restoration and food security.

The project Developing integrated options and accelerating scaling up of agroforestry for improved food security and resilient livelihoods in Eastern Africa is funded through the ACIAR Forestry Research Program and is due to finish at the end of 2020. 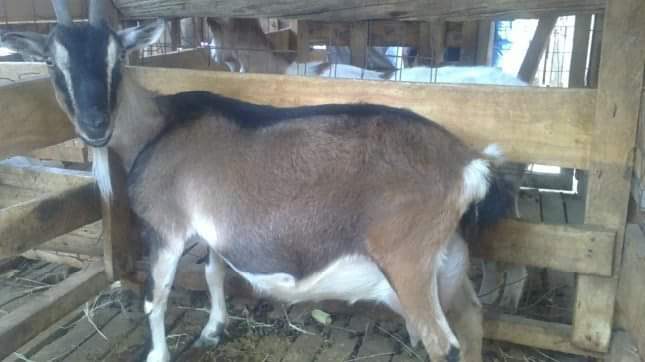