A report published by Alliance for a Green Revolution in Africa (AGRA) finds that millions of small￾and medium-sized enterprises (SMEs) source directly from millions more smallholder farmers across Sub-Saharan Africa. These SMEs, often women-led, include food processors, wholesalers, and retailers. SMEs provide a range of services, from transport and logistics to the sale of inputs such as fertilizer and seed to farmers. Their activity is driving a “Quiet Revolution” across African agriculture, connecting smallholder farmers to commercial markets at an unprecedented rate.
The report finds that, overall, only about 20 percent of the volume of food consumed in Africa fits the conventional notion of subsistence agriculture—food consumed directly by the farming households that grow it. The majority of what Africans eat flows through what are known as privates sector “value chains” managed by SME businesses that purchase commodities directly from smallholder farmers and then process, package, transport and sell food products to the urban and rural consumer.
SMEs also play a large, growing and vital role in markets for inputs like fertilizer and seed, as well as farm machines and
pesticides.
“All this represents a profound turnaround from mere decades ago, ” said Dr. Thomas Reardon of Michigan State University, a lead author of the report. “There has been a ‘Quiet Revolution’ in agrifood private sector value chains linking small farmers to burgeoning urban markets and growing towns in Africa. This has spurred farmers’ participation in food and farm input markets.”
The 2019 Africa Agricultural Status Report (AASR) from the Alliance for a Green Revolution in Africa (AGRA) highlights how the private sector-led “hidden middle” of the agri-food supply chains has undergone a Quiet Revolution. Its rise has been largely unrecognized by policymakers (hence “hidden middle”), even as it has bridged gaps that previously separated most small-scale farmers from commercial markets.
“SMEs are the biggest investors in building markets for farmers in Africa today, and will likely remain so for the next 10-to-20 years,” said Dr. Agnes Kalibata, President of AGRA. “They are not a ‘missing middle,’ as is thought, but the ‘hidden middle,’ ready for support and investment to thrive further. Today, we bring them out into the light.”
In terms of the actual value, AASR finds that traders, truckers and processors constitute about 40 percent of the total gross value of the agri-food system in the region – this is the same as the share coming from farms. Retailers constitute the remaining 20 percent.
Changing conditions have set the stage for the growth of these SMEs. Among these changes are: increases in farm productivity that make more raw material available; initial government investments in infrastructure such as roads; rapid and massive urbanization; diet change with rising demand for processed food; and rising investments by the entrepreneurs themselves.
Compared to SMEs, and counter to common belief, the report shows that large enterprises play a relatively minor role in directly supporting small-scale farmers. For example, only about five percent of rural farmers are directly linked to large firms through contract farming.
Nonetheless, with proper support, large African businesses, including supermarkets and large processors (which now comprise 10-to-20 percent of the agri-food economy), present a huge opportunity as they are likely to play an expanding role in how farmers access credit, markets and will ultimately impact employment and rural incomes.
The report identifies other pivotal changes in African rural economies. It notes that although 70-80 percent of people in rural Africa work on their own farms, this work is often part-time, and comprises only 40 percent of total labor time in rural areas.
Meanwhile, 60 percent of rural labor time is spent off the farm, and about 40 percent of this non-farm labor time is in agri-food system work such as wholesale, logistics, processing and retail (through both self-employment and wage labor). SMEs are the key employers in this sector, intertwined with rural family farmers. This interdependence makes their survival and
growth even more crucial, with women and youth particularly benefiting.

Policy recommendations
Although the growth of SMEs in the “hidden middle” of agrifood supply chains has been profound, the report notes that progress has often taken place despite large barriers, and
that much more can be done to foster the growth of SMEs. Processors, wholesalers and logistics firms, in particular, face major constraints that drive up the cost of doing business.
Excessive costs for equipment and energy, inadequate infrastructure, especially of roads and wholesale markets and mobile phone connectivity, and some financial and credit restraints, make it difficult for SMEs to compete with imported goods that cost less to produce. Outdated laws and regulations also inhibit growth.

“We live in a global market,” Kalibata said. “Our job today has to be to ensure that these SMEs are grounded enough to provide the right kind of support to family farms; and to be competitive so that they can survive and thrive in an increasingly interconnected and global market. Their success will determine the future of agriculture and food security in Africa.”
The policy recommendations laid out in the report stress that governments and donors should not “reinvent the wheel” by duplicating the work of the private sector. Setting up state￾supported or subsidized businesses, even in remote areas, would crowd out grassroots entrepreneurs. Instead, the key is to create conditions that make it easy for businesses to
establish, develop and grow. Given this, the AASR calls for several key policy actions:
Public investment in infrastructure focused on priority needs: building wholesale markets and roads, improving ports and extending electrification and broadband coverage. Infrastructure investments that benefit the spontaneous clustering of SMEs have the most impact, greatly supporting the ease of doing business.

Policies and regulations that reduce transaction costs and policy risks. SMEs most frequently invest in growth when favorable policies and infrastructure are in place. Such policies include cross-border trade liberalization, reduction of double taxation and regulations to reduce corruption. It is also essential to reduce bureaucracy, especially in areas such as registering new fertilizer products, approving new improved seeds or levying taxes on primary inputs that make the cost of access so much higher.
Governments have a responsibility to protect SMEs and consumers from substandard products be it farm inputs like seeds, fertilizers and pest and disease control products or food products going to the market. Advancing and enforcement of appropriate policies and regulatory instruments to guide the
SME landscape in Agriculture is the critical role that governments must play.
This will protect farmers’ investments, expand the use of quality seed and fertilizer, increase output, protect consumers and will increase the ability of SMEs to compete for regional and global markets.

“The past ten years have shown that rural agrifood SMEs have soared when the right infrastructure and policies are in place,” Kalibata said. “We can propel their flight. The majority of our family farmers; mostly small-scale and women entrepreneurs have everything to gain.” 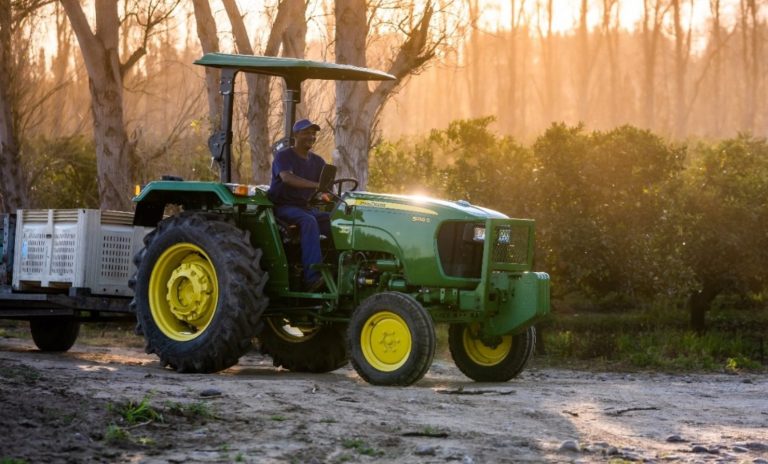 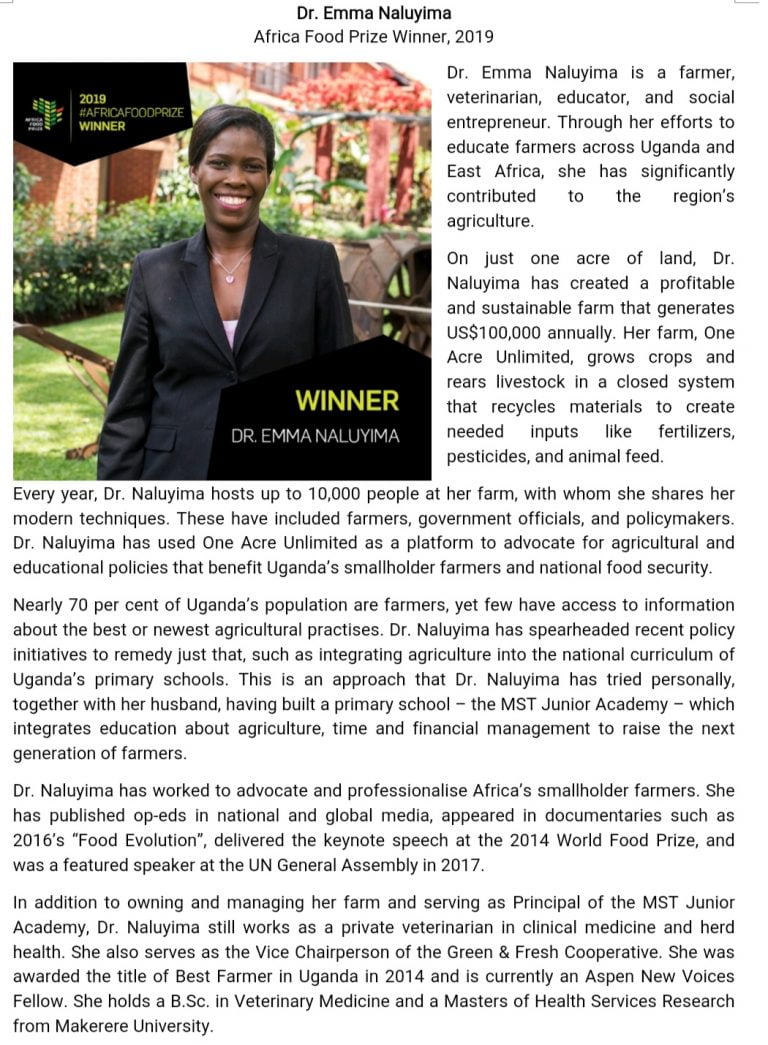 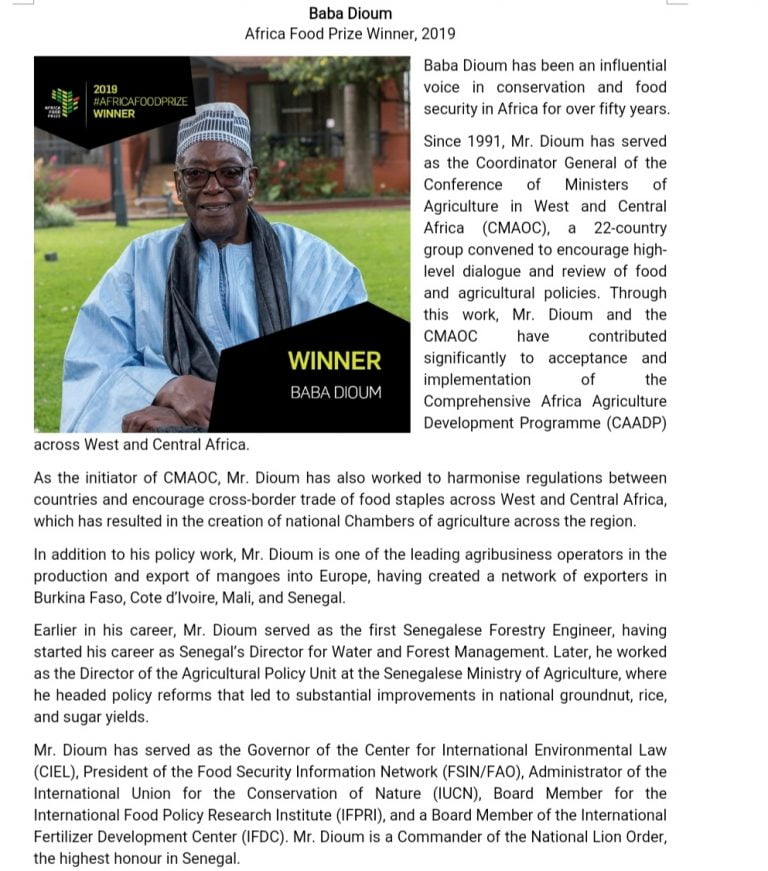