A goat grazes next to abandoned coffee drying benches that are now covered with tall grass. The coffee factory looks abandoned with overgrown bushes but at the gate, farmers are trickling in one by one. They are used to these meetings which end up without a solution to their problems and their gloomy faces perhaps betray their assumption that today may turn out just like the others.

These are members of Rui-Ruiru coffee factory in Ruguru, Mathira Constituency, Nyeri County. As members of Mathira North Coffee Society, a myriad of issues made them decide to work alone as a factory. This was supposed to be a cure but when their problems persisted, they called it quits. They closed the factory for good and went home leaving their coffee farming to fate. Some of them abandoned their coffee bushes, some of them uprooted it while others were confused about what to do. Eventually, some of them turned to coffee hawkers who were buying at Kshs.30 per kilo. For several years the coffee factory was abandoned as most farmers gave up.

But the management of the factory never gave up and with the help of some people from the area, they were always looking for a way to revive their coffee farming. Today’s meeting was a result of that initiative and some visitors had come to sell an idea to the farmers on how they could revive their coffee farming. This was not going to be easy as a lot of money was needed to revive the factory under normal circumstances. Their coffee pulping machine was old and had broken down. Several millions were needed for it to function again. But on a positive side, they have 1000 coffee trees in the compound.

The area Member of County Assembly (MCA) Erastus Muriuki who is also a coffee farmer from the area added weight to this in his remarks. “Since these farmers stopped selling their coffee here, it became hard to raise school fees and hospital bills as coffee was the only source of income to many farmers. We are in a desperate situation and today we are hoping that you will help us get a solution,” he said.

The visitors had come with a new idea which was also a risk. A risk because it had never been practiced in Kenya and they wanted to convince the farmers to try it out. They had come to talk about Natural coffee from the natural process also called dry-processed coffee. While washed coffees have their fruit removed relatively quickly after harvesting, Natural or “Dry” process coffees are something like the opposite. The fruit is picked when ripe and allowed to dry completely around the seed before being husked or hulled off. Hulling is done by machinery that can be finely calibrated. Natural process coffees are most commonly found in Ethiopia, Yemen, Brazil, and Costa Rica, though producers around the world are also experimenting with this methodology.

As with all coffee preparation, there is fermentation occurring during the processing, from the moment the coffee is picked (or possibly earlier, whenever an access point is created in the fruit). Local or intentional populations of yeast and bacteria will enter the fruit at the access point and begin to metabolize the sugars and acids inside the coffee fruit immediately, a process that can continue until the coffee is dried to the standard of 11% moisture. While the coffee itself is not held in “fermentation tanks,” its fermentation process can be altered by things like ambient temperature and exposure to full sun or shade; depth on the drying bed; rotation of the coffee during drying, etc.

Drying Natural coffee is considerably longer and the overall process is riskier than for washed coffee. Perhaps this was one reason why the washed technique was developed.  Natural coffee takes more space on drying surfaces, require more attention and labour to prevent mould and infestation during drying. It is also constantly at potential risk for spoilage or “over fermentation,” as the fruit material that is intact on the seeds provides a long-term and concentrated fuel source for yeast and bacteria to metabolize.

The enclosed environment in which the coffee beans occupy due to the surrounding layer of fruit supports fermentation during the drying process. After drying, the beans can be hulled from the cherry and sent off to be shipped. The main issue that arises with the use of this method is that the flavours of all the coffee beans can often be uneven, which means that stringent tasting and testing must be undertaken to ensure that the coffee is evenly flavoured. Often, beans that come from the same batch must be separated from one another so that only higher quality beans remain in higher-quality batches.

After explaining to the farmers what natural coffee is and the extra care needed when dealing with it, the visitors let them discuss if they could handle it. They were also reminded if they agreed to it, they will be travelling in uncharted waters in the country. They agreed to take the risk and it was time to make a deal.

Jamii Coffee LLC a coffee importer based in Portland, Oregon was offering to buy their coffee. Their local agent Crowd Farm Africa Ltd offered a price to the farmers where bargaining started and a final price of Kshs.70 per kilo of red ripe cherry was offered to the farmers. Then came the crucial moment that would determine whether the factory would be revived or not. The farmers had to vote to authorize the management to sign an agreement with the parties involved and they unanimously agreed and by a sign of raised hands, Rui-Ruiru coffee factory was revived.

Under the agreement with the management on behalf of the farmers, Rui-Ruiru Coffee factory farmers will produce the coffee, New Kenya Planters Co-operative Union (New KPCU) will mill the coffee and be the marketing agent. As a licensed coffee exporter, Crowd Africa Ltd will be charged with the responsibility of providing the technical expertise on natural coffee processing, quality assurance throughout the process as well act as the designated exporter of the Rui-Ruiru natural coffee. Jamii Coffee LLC will buy the coffee offering to buy 50,000 kilograms for a start. It will also take over the milling costs and cover the transport costs from the factory to the miller.  The farmers also agreed that an amount will be deducted from their earnings to run the factory. The rest will be sent directly to their accounts or sent via mobile money services.

As of now, the farmers have delivered the first batch of natural coffee to the factory which now has come back to life. Who knows if Natural coffee is the new way of reviving fallen Societies and bringing back a smile to their farmers? 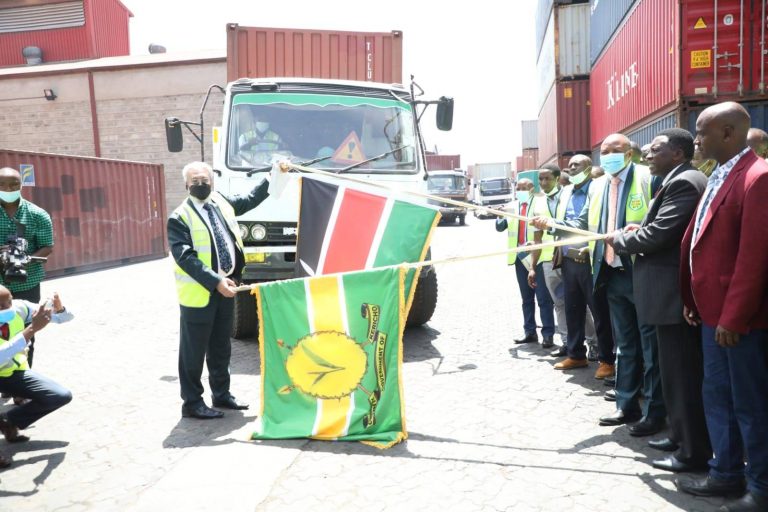 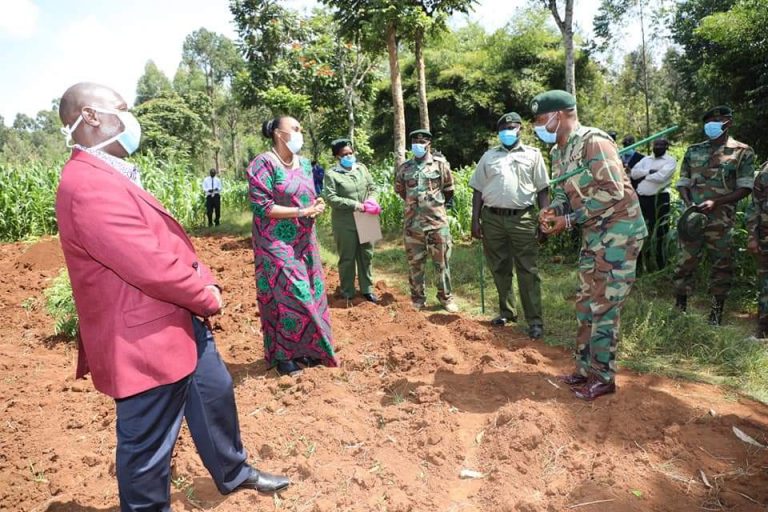