Though April usually marks the peak of the Long Rains (March-April-May) season, the first half of the month was characterized by dry weather conditions over most parts of the country while the rainfall received in the second half was depressed (less than 75% of April Long Term Mean), occasional and unevenly distributed.

In tea growing areas, adverse weather conditions were more prevalent in the East of Rift, especially within Kiambu/Muranga/Nyeri/Kirinyaga Counties and some parts of the West of Rift in Nandi County, which either recorded dry weather conditions or minimal precipitation of between 2-10 mm daily during the first half of the month. Consequently, in tea growing areas in the East of Rift, there was a drop of 4.06 Million Kgs in output from 18.54 Million Kgs recorded during the corresponding month of 2021
to 14.48 Million Kgs.

Similarly, the Plantation sub-sector recorded lower production of 0.89 million Kgs from 18.78 million Kgs recorded during the corresponding month of 2021 to 17.8B Million Kgs due to lower output in parts of its tea growing areas in the East of Rift and the West of Rift, respectively that were affected by adverse weather conditions.

TEA SALES AT AT THE AUCTION
In April, auction sales volumes for Kenyan tea stood at 40.77 Million Kgs, which was higher compared to 35.92 billion Kgs recorded in the corresponding month of last year but lower compared to the 45.29 Million Kgs sold in March.

The average auction price for Kenyan tea during April was higher at 2.63 USD per Kg against 2.59 in March. It was also higher compared to 2.01 USD and 2.12 USD recorded during the same period of 2021 and 2020, respectively. This was despite the global economic shock caused by the impact of the Russia-Ukraine crisis, which has continued to affect the purchasing power in most markets since March this year.

However, the auction prices to date have been buoyant after experiencing a declining trend to a seven-month low of 1.75 USD per Kg in July 2021. The reversed trend follows the setting up of a minimum reserve price in July for the smallholder sub-sector taking into account the cost of production, the grade of the tea and a reasonable return to the tea farmer.

During the month of April 2022, tea offered for sale by the smallholder tea factories fetched an average price of 2.68 USD per Kg for the main grades compared to 2.07 USD in April 2021.

For all the teas offered for sale at the auction during the month, the “Best” category of CTC leaf grades fetched higher prices at between USD 2.64 to 4.90 per Kg for the BP1s and 2.68 to 3.32 for the PF1s while tea prices for a similar category of the dust grades ranged between USD 2.74 to 3.34 for PDust and USD 2.74 to 3.39 for Dust1. Notably, well-sorted grades and those with brighter liquors attracted more competitive bids and considerably higher prices while plainer categories across the grades attracted either less interest and thus lower prices or no-bid by the buyers and consequently constituted the highest proportion of out lots. However, there were no Orthodox tea grades on offer at the auction during the month.

The decline in export volumes was majorly due to lower demand occasioned by fasting in Muslim religious countries during the holy month of Ramadhan that was observed globally in April. The exports were also affected by the effect of the Russia-Ukraine crisis that continued to cause a global economic recession and thus negatively affected purchasing power in most markets.

The top ten export destinations, the majority of which are traditional markets for Kenyan tea accounted for 89% of Kenya tea export volumes. Apart from UAE, Yemen, Poland and Afghanistan, most of the other traditional markets recorded lower tea imports from Kenya compared to the same period of last year. The decline was also recorded in key emerging markets such as Nigeria, Iran and Switzerland.

Despite the market access challenges occasioned by the Russia-Ukraine crisis, there was a significant increase in exports to Russia from 0.686 Million Kgs recorded during the previous month to 1.61 Million Kgs. However, exports were lower compared to 2.08 million Kgs shipped during the corresponding month of last year. Notably, there were a few shipments to seasonal markets such as Tanzania, Burkina Faso, Kyrgyzstan, Djibouti and Chile.

LOCAL TEA SALES
Local tea sales for April 2022 stood at 2.44 Million Kgs against 2.81 Million Kgs for the corresponding period of 2021 while cumulative tea sales for the four months period up to April 2022 were 10.04 Million Kgs against 11.29 Million Kgs for the same period of 2021. Lower sales during the month and the year-to-date were attributed to lower demand due to the continued effect of inflationary pressure on basic commodity prices occasioned by the global economic recession, weakening of the Kenya Shilling against the USD and increase in fuel prices. Overall inflation increased to 6.5 per cent in April 2022 from 5.6 per cent in March and 5.1 per cent in February. 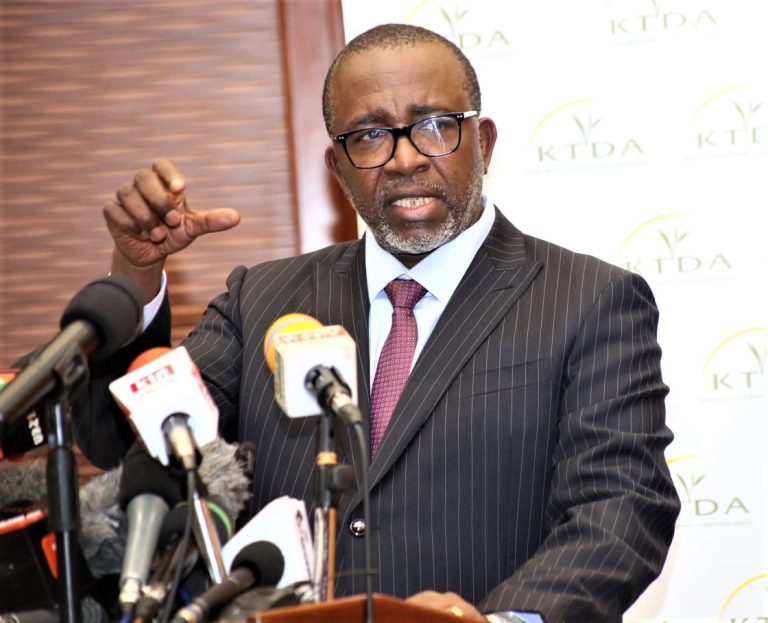