The Food and Agriculture Organization of the United Nations (FAO) has started training 300 National Youth Service (NYS) trainees as part of its action plan to boost the Government of Kenya’s surveillance and control of the worst desert locust invasion the country has seen in 70 years.

An additional 300 trainees will participate in future capacity-building exercises at the NYS college, bringing the total number of monitors added to the Government’s teams to 600. To combat the locusts, teams conduct extensive surveys of terrain to collect data on the state of the habitat and locust populations. This is then used to plan control campaigns and make decisions on preventive treatments. The pest has been arriving in alarming numbers in Kenya since December, with new swarms reported to be on the way from Ethiopia and Somalia. At present, there are 17 counties with confirmed desert locust infestations.

Following the six-day training, teams will be deployed to fields where hopper bands are present, mostly in northern Kenya, to put their training into practice. The trainees will use hand-held sprays to control the young hoppers before they become flying and breeding adults. FAO trainers are also teaching them essential safety measures for spraying, including how to mix the pesticides and to be mindful of wind direction and whether an area has been cleared of inhabitants first.

“The desert locust upsurge represents a direct threat to FAO’s mandate to eradicate food insecurity and malnutrition. Our current concern is that the first-generation swarms that came in from Ethiopia and Somalia are now breeding, and by the time the eggs hatch it will be planting season, meaning early germination of crops. The hopper bands are the most voracious feeders in the lifecycle of desert locusts, which is why we are urgently increasing ground control,” said Tobias Takavarasha, FAO Representative ad interim to Kenya.

FAO is providing technical expertise to assist with the unfolding crisis and has deployed a desert locust expert from Morocco to lead the NYS training and augment national efforts. Experts have reported sightings of newly-hatched hopper bands in some parts of eastern and northern Kenya. The normal breeding season for desert locusts is from January to March. Together with the Government of Kenya, FAO has put together a six-month action plan while monitoring the situation.

“Right now, if we do not increase ground surveillance and get the locusts when they are still hopper bands, if we allow them to mature and breed, every new generation will increase 20 times in number. This is why we think NYS trainees would be excellent for this operation,” said Kello Harsame, the Secretary for Administration, who was speaking for the Cabinet Secretary for the Ministry of Agriculture, Livestock and Fisheries. “NYS trainees are always ready to serve. After this training, they will be deployed to various stations to start spraying the hopper bands,’ said NYS Deputy Director, Mr. Enock Amdavi.

A swarm of 1 km2 can eat the same amount of food in one day as 35 000 people. Already, more than 3 million Kenyans were estimated to be in severe acute food insecurity as of October 2019. Agropastoralist communities in the north are particularly vulnerable and are just recovering from a long drought that was swiftly followed by highly damaging floods. So far, approximately 70 000 hectares of land have already been infested by the locusts.

Climate change has played a major role in creating a conducive environment for desert locusts to breed and thrive. Last year Kenya experienced above-average rainfall and localized flooding in the last quarter of the year. This led the sandy soil in arid and semi-arid areas to become unusually moist, which means perfect conditions for the female migratory pests to lay their eggs.

In the last three years, there has been an increase in the frequency and intensity of cyclones in the Indian Ocean, which has exacerbated this upsurge. In 2018, two cyclones dumped heavy rain on the uninhabited portion of the Arabian Peninsula known as the “Empty Quarter,” an area where locusts can breed and reproduce unimpeded.

Desert locusts migrate with the wind and are able to cover up to 150 km in a day. Aerial and ground spraying is ongoing, with plans to set up and equip four additional desert locust control centres in Isiolo, Kabarnet, Marsabit and Wijar. Presently, the primary method of controlling swarms and hopper bands is with the use of organophosphate chemicals applied in small concentrated doses (referred to as ultra-low volume (ULV) formulation) by vehicle-mounted and aerial sprayers, and to a lesser extent by knapsack and hand-held sprayers. Kenya’s NYS is a Government organization founded in 1964 that trains young people in agriculture, construction, urban renewal, traffic control, public security, and other areas. Participation is voluntary.

Global demand for tea increased during the COVID-19 pandemic

Global demand for tea has seen a remarkable increase during the COVID-19 pandemic, providing a 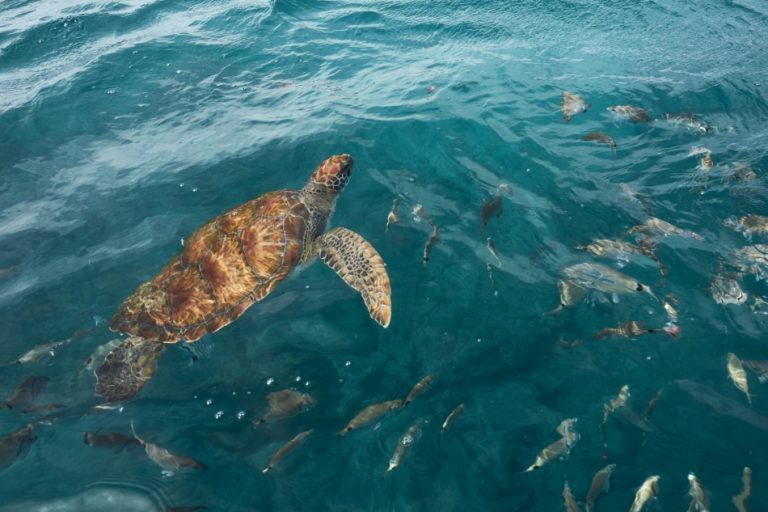 Oceans are an essential part of our planet. They provide us with food to eat

Working towards the eradication of Peste des petits ruminants disease