Forty-nine motorcycles made little noise but raised much interest in Nairobi’s Karura Forest as the UN Environment Programme (UNEP) launched a pilot electric bikes project in the presence of Kenyan government officials and business leaders. Following the pilot phase in four locations in Kenya, the project is expected to expand in an effort to reduce air pollution, improve national energy security and create green jobs.

“Kenya is importing more motorcycles than cars, doubling its fleet every 7-8 years. These are generally inefficient and poorly maintained polluting motorcycles,” said Joyce Msuya, UNEP Deputy Executive Director. “Kenya’s electricity is very green in 2019 with more than 80% was generated by hydro, solar, geothermal, and wind. Shifting to electric bikes in Kenya, Rwanda, Uganda and elsewhere will reduce costs, air pollution and Greenhouse Gas Emissions, as well as create jobs,” she added.

“The average motorcycle is estimated to be 10 times more polluting per mile than a passenger car, light truck or SUV. Hydrocarbons are dangerous to human health,” said Kisumu County Governor Peter Anyang’ Nyong’o. “Electric motorcycles not only mitigate against this health hazard but also help reduce noise pollution that the rampant increase of petroleum powered motorbikes currently causes in our cities.”

The pilot aims to help policy makers assess the barriers in uptake of the much-needed technological shift towards electric bikes, and to demonstrate that the shift is feasible and within reach. In Kenya, the number of newly registered motorcycles, commonly used as taxis (boda-boda), was estimated in 2018 at 1.5 million and will likely grow over five million by 2030.  Though developing countries have the fastest growing fleets of bikes, most lack vehicle emissions standards or programmes and incentives to promote zero emission vehicles.

The pilot test launched  in Kenya is based on a study implemented by the Energy and Petroleum Regulatory Authority, the University of Nairobi, and Sustainable Transport Africa. The pilot includes a host of local partners, including ministries, and national and sub-national authorities, and uses bikes donated by Shenzhen Shenling Car Company Limited (TAILG). It will last 6-12 months and is replicated in Uganda, Ethiopia, the Philippines, Thailand and Viet Nam. The overarching project, “Integrating Electric 2&3 Wheelers into Existing Urban Transport Modes in Developing and Transitional Countries” is supported by UNEP with funding from the International Climate Initiative (IKI) of the German Ministry for the Environment.

John Chege, infrastructure coordinator from Friends of Karura Forest said, “In my restoration work, the bike will help me move swiftly through the vast forest of over 1000 hectares in a very short period. At first, I was nervous about having to charge it, but now I got used to it. Since it is fast and emits no noise and air pollution like the diesel motor, they allow us to provide better security in the forest and tackle one of Nairobi’s worst environmental problems.”

Two- and three-wheelers are a central transport mode in many low and middle-income countries, including African ones, quickly rising in numbers to a 50 percent increase by 2050. Highly polluting two- and three-wheelers can account for the same amount of emissions as a passenger car. A rapid global shift to electric motorcycles can result in saving 11 billion tons of co2 and about USD 350 billion by 2050 (more than double the annual energy-related emissions in the USA and about 14 times the 2019/2020 budget of Kenya).

According to UNEP, a global leapfrog to electric vehicles, already underway in countries like Norway and China, is essential to curb carbon dioxide emissions. The Un agency says that transportation contributes approximately one-quarter of all energy related CO2 emissions and by 2050 it is likely to reach one-third, when the global number of passenger cars is projected to more than double. This growth is expected mostly in low-income countries, where there are rarely any vehicle emissions standards.

UNEP says scaling up the transition to electric mobility will require investments in battery charging infrastructure as Kenya’s electric power generation capacity is sufficient to support the charging infrastructure. However, while demand for motorcycles is high, particularly in rural areas, distribution networks are inadequate. However, this challenge may be tackled by using solar energy, setting up charging stations, consulting boda-boda operators and using lithium-ion batteries.

UNEP’s Electric Mobility (eMob) Programme promotes the transition of low-income countries to zero emission vehicles, in line with the UN Environment Assembly’s Air Quality Resolution and the Paris Agreement.  It supports over 50 countries and cities to introduce electric buses, cars and two- and three-wheelers. 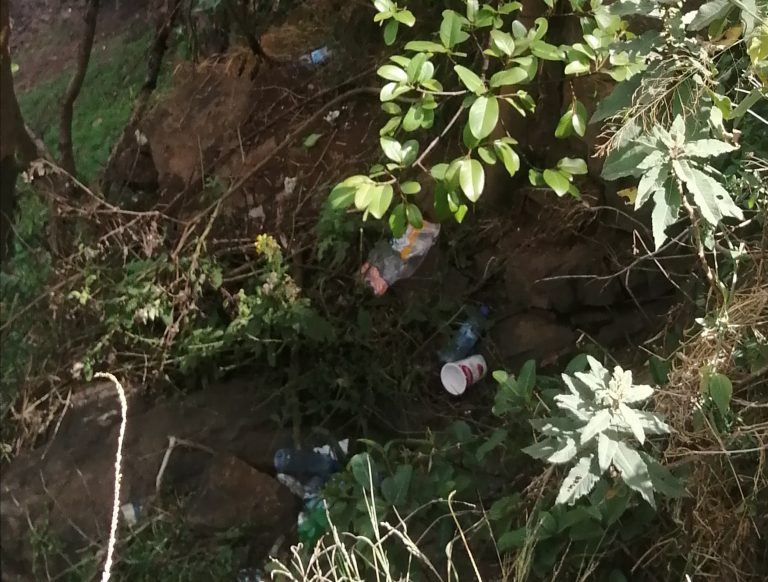 Kenya emerges as a leader in plastic pollution fight