Rwanda has made tremendous steps to end food insecurity – Mukeshimana

Rwanda has made tremendous progress towards overcoming food insecurity in the last decade and aims to eradicate it completely by year 2025 according to the Minister for Agriculture and Animal Resources. Dr Gerardine Mukeshimana made the remarks during celebrations to mark the World Food Day on Thursday. The event was held at Nyabirasi sector in Rutsiro District, Western Province.

The theme for this year was, “Our actions are our future. Healthy diets for a Zero Hunger World.” The annual event is observed to promote worldwide awareness and action for those who suffer from hunger and for the need to achieve Zero Hunger, ensuring food security and nutritious diets for all. Mukeshimana said that the country aims to end food insecurity before 2030 as envisioned by the United Nations. She observed that the efforts the country had made in ensuring inclusive food security were paying off. “Our country has made commendable progress in food security as it improved  from 48 per cent in 2006 and reached to 81.3 per cent in 2018,” added Mukeshimana

She attributed the improvement in food security in the Rwanda mostly to to the growth of the agriculture sector as a result of different policies and initiatives the ministry had taken. Mukeshimana cited consolidation, improved use of agricultural inputs, protection of land against soil erosion, irrigation, reduced post-harvest losses for both dried and fresh produce, One-cow-per-poor-family commonly known as Girinka, ‘small livestock’, and high-value crops promotion among other initiatives to have pushed Rwanda forward on matters food security. “The Government of Rwanda, in collaboration with its partners, remains highly committed to ensure food security and nutrition in the country,” she added.

Commenting on the case of Rwanda, Mukeshimana said that about 4000 households are still facing the same threat stressing that most victims belong to households which are headed by elderly people, those who live with disabilities, and those in the first category of social stratification.

The Minister called on every household to plant at least three different fruit plants to complement the government efforts to end malnutrition by 2025. She urged schools to lead in implementing the initiative.

The One UN Resident Coordinator for Rwanda, Fode Ndiaye, lauded the country’s domesticated solutions which he observed are playing a significant role towards hunger eradication. “Let me highlight the homegrown interventions that impact the food security and nutrition at large scale such as crop intensification programme, the One-Cow-Per-Poor-Family, the kitchen garden programme, the One-Cup-of-Milk-per-Child and the early childhood programme,” he said.

Ndiaye advised the Government to put in place a “Centre of Excellence for Nutritious Sensitive Agriculture” to inspire other African countries to improve food security.  “We believe it fixes with the country’s efforts to increase productivity and to tackle stunting, I am not aware of the existence of such a centre in Africa, not even in the world,” he noted. “Of course, the United Nations, in general, and FAO, WFP, IFAD and WHO, in particular, are really eager to discuss the best way to support that initiative should the government decide to pursue it,” he added.

This year’s World Food Day was marked through various activities which included planting fruit trees, providing children with nutritious diets and distributing cows to needy families through the Girinka programme.

Aquaponics to be rolled out in 35 counties. 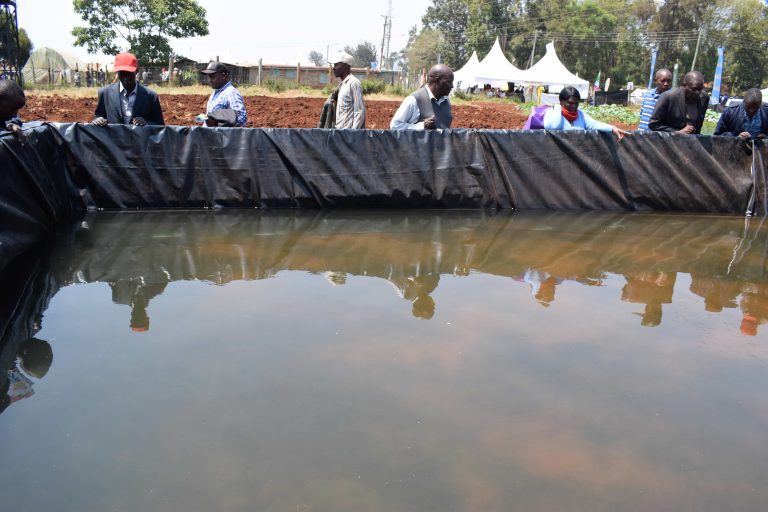 Worldwide per capita fish consumption has reached a new record of 20.5 kilograms per year

Overcoming crises, building resilience – the way to feed the Horn