East African Breweries Limited (EABL) has announced commercialization of the Aliciana Barley Variety a year after it was launched. The announcement was made during the Annual Field Day in Mau Narok following successful trials with farmers who have reported higher yields and greater resistance to water lodging.

The Field Day, an annual event that brings together stakeholders within the barley value chain, is a key event as stakeholders converge to learn, share experiences and showcase their products and innovations. Barley is the main raw material for KBL’s beers.

Speaking during the event, Mr. David Kilesi, Chairman of the Barley Growers Association of Kenya, praised the variety. “We have seen higher yields this season with the Aliciana variety compared to the previous varieties we had been planting. We would like to thank EABL for introducing this variety.”

EABL continues to invest heavily in research in an effort to offer production solutions to barley growers through its subsidiary East African Malting (EAML).

Lawrence Maina, General Manager East African Malting (EAML), reiterated EABL’s commitment to investing in providing varieties that are beneficial to farmers in terms of improving yields and increasing their income.

“We are very happy that farmers in Narok have embraced the Aliciana variety following our launch last year. It would not have been possible for us to commercialize the variety today if it wasn’t for the success you have experienced” Mr. Main said.

EABL also launched the 8th edition of the Barley Growing Handbook as part of farmer capability building during the Field Day.

The Barley Growing Handbook summarizes the current recommendations on the barley varieties to be cultivated by farmers, seed rates, fertilizer usage, recommended insecticides, fungicides, herbicides to be used on barley and seed dressers. The recommendations in the Handbook are based on research data generated by the EAML research department and her partners.

Speaking during the event, Lawrence Maina, General Manager at EAML, emphasized the company’s commitment to not only offering a ready market, but creating lasting relationships with all the EABL farmers and support them to enhance both yield and quality.

“EABL has continued to create value chains that are economically, socially and environmentally sustainable,” Mr. Maina said, adding “This handbook will be instrumental in guiding our farmers on the approach and inputs that will help them deliver a great crop”

This year, the event brought together hundreds of farmers and key partners including Syngenta East Africa ltd, Bayer, BASF, OCP, Mascon and CMC. In addition, EAML’s research partners such as University of Eldoret, who were instrumental in developing the handbook, were present.  The farmers were treated to a demonstration on crop rotation, special fertilizer blends and showcase of barley varieties.

In addition to launching the handbook, EABL reaffirmed its commitment to environmental conservation by donating a KSH 1.5 million to the Purko Trust to go towards afforestation of 1000 acres in the Mau region with the aim of planting 100, 000 tree seedlings next year.

During the event, Sylvester Ndeda, EAML Research and Liaison Manager and Jack Kilundo, Financial Service Manager were feted after having served the farmers for more than 25 years.

Annually, EABL sources 50,000MT of barley from close to 1000 farmers in five counties of Narok, Nakuru, Usain Gishu and Meru. 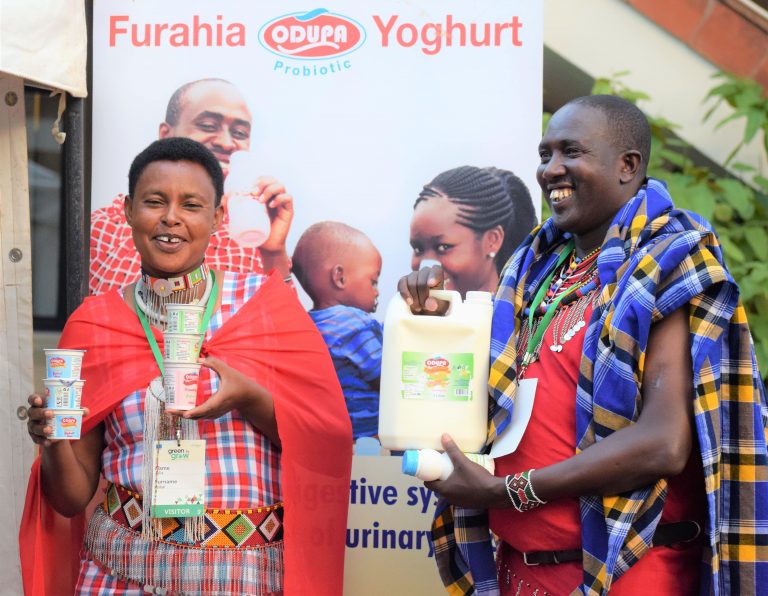